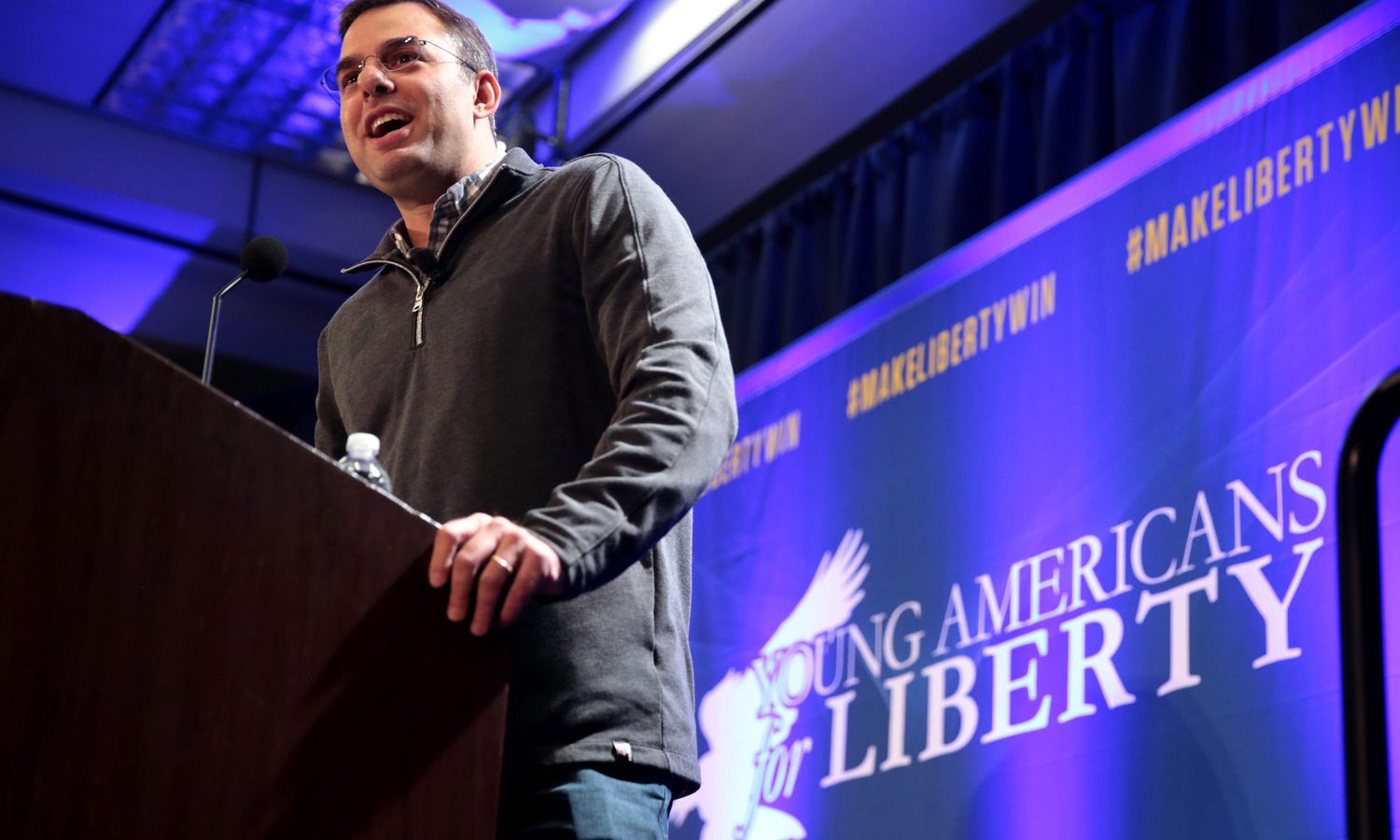 Justin Amash is a Libertarian from Grand Rapids, Michigan. He’s hated by many in the Republican party, but adored by Libertarian party members. He’s intelligent, articulate, and respected for his character and for putting country before political parties. He’s also someone many Libertarians would like to see run for president in 2024.

As much as he is liked, nobody knows if there will be a Justin Amash 2024 campaign. However, I doubt this is because Amash isn’t interested in running for president. Amash is very strategic and is in it to win it, not just to spread a message. Of the Libertarian potential presidential candidates, he is the most qualified to run.

Who is Justin Amash?

Justin Amash is the son of immigrants. His father was a Palestinian refugee and his mother is from Syria. He was born in Michigan and has lived his entire life there. He attended Grand Rapids Christian high school where he graduated as valedictorian. He later received his bachelor’s in Economics and went on to get his law degree from the University of Michigan. He understands economics and the inner workings of Congress, which makes him well-suited to be our Libertarian presidential candidate.

In 2011, he was a young, aspiring lawyer and a Tea Party Republican that was adored by many in Michigan. He was well-liked by Republicans up until he became the lone critic of Donald Trump in the Republican party. He agreed the former president may have been guilty of impeachable offenses. While other Republicans cowered to Trump’s intimidation, Justin Amash criticized him openly.

His criticism of Trump garnered him a lot of media attention, but it also alienated many of his Michigan constituents. He eventually left the Republican Party, and officially joined the Libertarian party in 2020. He considered running as the Libertarian presidential candidate in 2020, launching an exploratory committee, but ultimately decided 2020 wasn’t the best time for him to run.

His Career in Politics

Amash was a prominent figure in the Tea Party movement. This helped him to get the support he needed to win a seat in Michigan’s state legislature in 2008. He served as a state rep from 2008-2011. He then ran for a seat in the US House of Representatives and won. He was a US congressman from 2011 to 2020.

Amash was a founding member of the Freedom Caucus. But, when the caucus condemned his criticism of Donald Trump, he left the caucus stating that he didn’t want to be a distraction from the group.

In 2019, he wrote an op-ed for the Washington Post where he condemned the two-party system and said, “Modern politics is trapped in a partisan death spiral, but there is an escape.” He discussed the fact that most Americans aren’t hyperpartisan and that the Republicans and Democrats were catering to a narrow base of extremists.

Shortly after announcing his departure from the GOP, he officially joined the Libertarian Party. He chose not to run for reelection in 2020. He briefly considered a run for President in 2020 but decided the timing did not provide him with a good opportunity for success.

What is Justin Amash Doing Now?

Justin Amash has been both a political activist and an elected official. He is well aware of the problems with the two-party system but more than that he understands first-hand how Congress works and why nothing gets accomplished there.

He chose not to continue as a member of Congress and did not run for reelection in 2020. Instead, he wants to educate the public about the problems with Congress and our government. He explained to USA Today, “I want to engage in opportunities that will teach people about Congress, politics, and our constitutional system.”

He started The Justin Amash Podcast in February 2022, where he interviewed guests from all over the country. However, he hasn’t released a new episode since August 2022. He continues to be active on Twitter where he answers Libertarian questions and shares information on libertarianism and the Libertarian Party.

He recently tweeted that he would volunteer to serve Congress as the non-partisan Speaker of the House. This unusual offer did not get much media attention, but he did have support from at least one elected official, libertarian-leaning Democrat, Jarod Polis, Governor of Colorado.

If neither party has the votes to elect a speaker of the House, I’d be happy to serve as a nonpartisan speaker who ensures the institution works as it’s supposed to—a place where all ideas are welcome and where outcomes are discovered through the process, not dictated from above.

He also has the support of Libertarian Party chair, Angela Mcardle who said she loved the idea. She told Newsweek, “Justin’s platform of tackling corruption and incompetence in Congress—from pushing for single-issue bills to asking for recording votes—represents exactly what Americans should see from every speaker.”

Will He Run for President?

At the moment, he has given no indication that he will run, but I believe he’s considering it. He may be waiting to see if the timing makes sense and if he will have the support of the Libertarian Party. He may not want to put his name out there only to be embarrassed by not being able to win the nomination.

I think he will run for president in 2024. I’m sure that he’s committed to the Libertarian Party, and he’s working hard to help create a party that Libertarians will be proud of. He has the professionalism and the education we need to represent the party, and he can explain libertarianism to the general public.

The Libertarian Party is admittedly a mess right now. Many discouraged Libertarians have left the party because of the Mises Caucus, but Justin Amash still has a solid base of supporters, including me! Although the Mises Caucus is strongly supporting Dave Smith for 2024, many of them would still consider Justin Amash if he chooses to run.

I would love to see Dave Smith and Justin Amash debate. I think this would bring a lot of positive attention to the Libertarian Party. It would also provide an opportunity for Amash to win over Mises members. However, at this point, there doesn’t seem to be any traction on this idea, but the two occasionally debate on Twitter.

If you are a supporter of Justin Amash, now is the time to start voicing your support on social media and talking to friends and family about him. If you are interested in seeing Amash for President, consider joining the Facebook group Amash for America 2024 to connect with other supporters.

Would you like to see Justin Amash run in 2024?

The Libertarian Party may hold its most exciting convention ever in 2024, and it’s very possible that Justin Amash will run. How do you feel about him? Do you think he can win the Libertarian nomination? The next presidential election will be here sooner than you think. People are already announcing their plan to run in 2024.

The Libertarian Party has several viable options for 2024 and one of them might be Justin Amash. He is who I would like to see as the nominee, but I’d love to hear your thoughts. Let me know what you think.