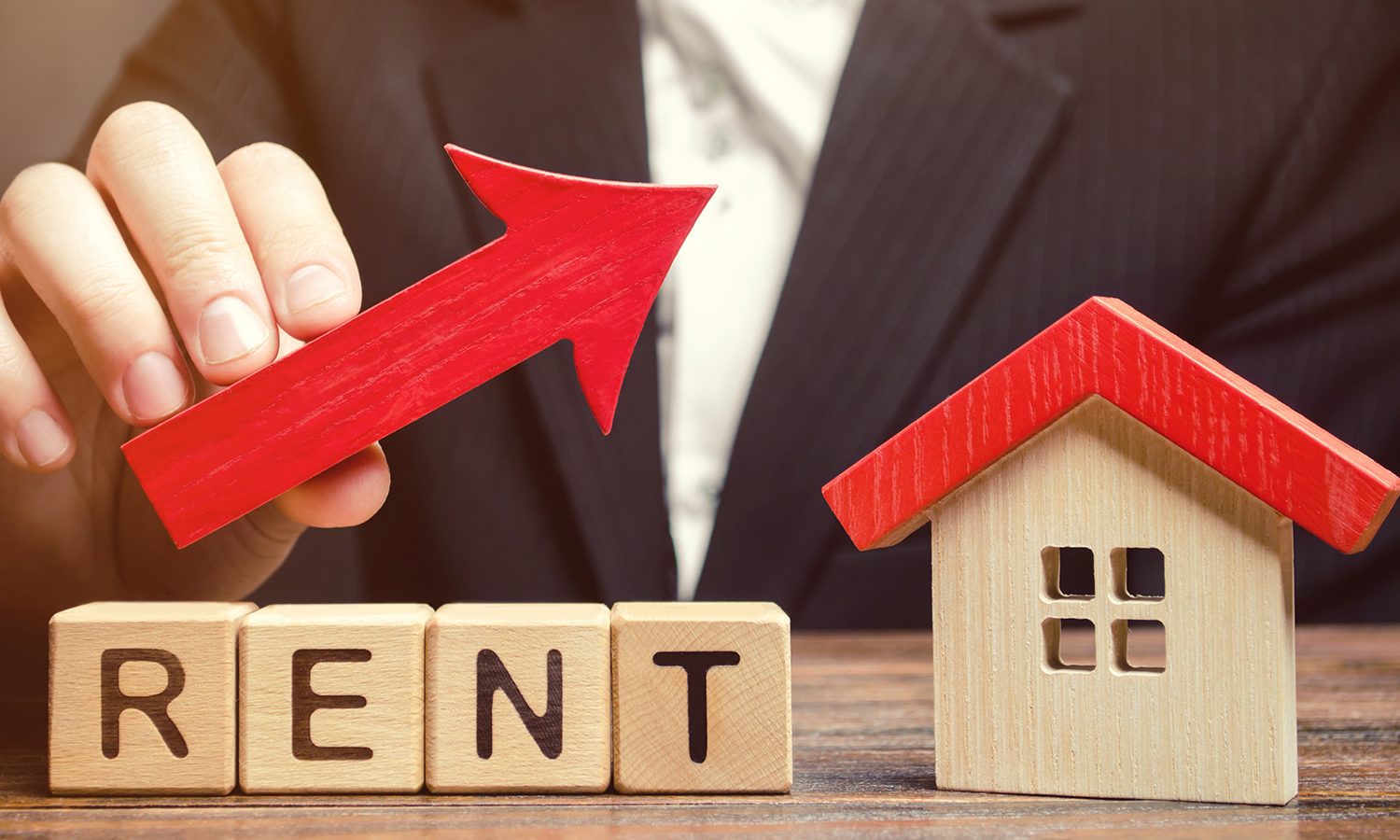 The U.S. is in an affordable housing crisis. To fix it, we need a libertarian solution. Right now, millions of Americans are struggling to afford rent, put gas in their car, and pay for basic living expenses. Acording to a report by the Joint Center for Housing Studies of Harvard University, there are currently 20.8 million “cost-burdened” renters in the U.S., meaning renters who spend more than 30 percent of their income on rent.

One in four renters spend more than half of their income on rent. Rent is becoming increasinlgly expensive, especially in bigger cities like San Francisco, Houston, and New York. Many young adults are struggling to pay rent. They feel they are forced to pay their rent or be out on the streets. Because of this some are pushing for more government-funded solutions to affordable housing.

As I started researching this topic, I kept wondering why Libertarians aren’t talking about this more. The lack of affordable housing affects millions of Americans and it’s an issue that has been caused primarily by government policies. While Democrats and Republicans claim to care about affordable housing, neither party has actually done anything to fix the problem. Many of the solutions they have tried or have suggested, have not only not helped, but made the situation worse.

The affordable housing crisis is a government-created problem that needs a Libertarian solution.

This is not a new issue, but it is one that is getting worse. When I ran for state representative in 2018, I wrote about millennials struggling to find affordable housing. As more millennials age, they’re finding that they can’t afford the cost of buying a home. This leaves most stuck paying rent, unable to save enough for a down payment because rent is so expensive. If they’re lucky enough to manage to save enough for a down payment, they’re still left out in the cold because there just aren’t enough homes available for them to buy.

Unfortunately, many renters believe the high cost of rent is solely the result of greedy landlords and real estate investors. There are some bad landlords out there and institutional investors are a factor in the rising cost of rent, but by making landlords the scapegoat, they are missing the actual root of the problem – local government.

As I’ve talked to millennials on the topic, most believe that landlords and big corporations are the problem. They have an adverserial relationship with landlords and think they are just trying to squeeze more money out of them. However most landlords aren’t big corporations turning big profits. The vast majority of rental homes in the U.S. are still owned by individuals, not institutional investors. While it’s true that institutional investors have become a much larger force in the housing market, they own less than one percent of the total number of single family rental homes nationwide. 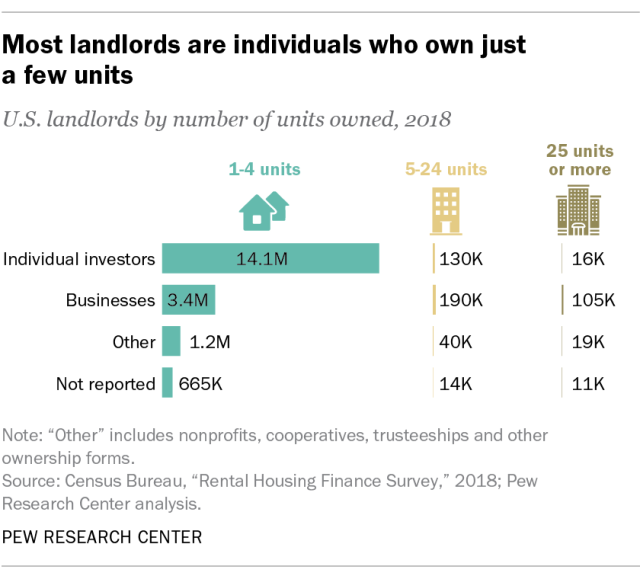 “Investors are buying up a record share of single-family homes” finds @Harvard_JCHS pic.twitter.com/JisBbr5vjS

In the last year, investors have bought up an unprecedented number of single family homes. As more investors try to get in on the action, they’ve forced out home buyers who want to purchase a home to live in. With little inventory available, this has created a market that allows real estate investors to buy and sell rental properties for more and more money, simply because they own most of the real estate in the area.

But, it’s not as simple as blaming millennials, landlords, or investors. There are so many government-created issues that can’t be fixed with more government. The only way to fix the affordable housing crisis is to get the government out of the way. This sounds like a simple solution. The one Libertarians always talk about most, get rid of big-bad government and voila problem solved. But, in the case of affordable housing, this is reality.

NIMBY stands for Not in My Back Yard, and is an acronym to describe the people keeping new construction of affordable housing from happening. You see, many local governments have tight control over zoning regulations and don’t allow for new construction of anything other than single-family homes.

Most local zoning laws prohibit builders from building anything other than single-family detached homes. In 75 percent of U.S. cities you can not build any other type of housing. In areas where affordable housing is needed most, it is often illegal to build duplexes, townhouses or apartment buildings. On top of that, many of the areas that do allow multifamily housing have restrictions on lot sizes and building heights, or create so many burdens that it takes years for builders to get through all the red-tape to construct new housing. Without new affordable housing being built, the situation is only going to get worse.

This is a complicated issue. While the need for affordable housing is dire, neighborhoods in the areas that need it most are concerned about gentrification and their community. Imagine if you have worked hard to move into a nice suburban neighborhood, and new construction of a large apartment complex is set to go in right next to your home. What are you going to do? See your neighborhood change, your home value go down, and everything you’ve worked for disappear. This is the flip side of the coin and why affordable housing opponents oppose affordable housing in their backyard. Nobody wants to see their home value plummet and be underwater on their mortgage like what happened in 2008.

However, without some loosening of the restrictive zoning laws around the country, this situation is going to continue. We need more homes built and to get rid of exclusionary zoning laws. We are not going to be able to build homes fast enough to meet the needs of people seeking affordable housing, but if we don’t start lifting some of the burdens the situation is going to get worse.

The GenZ population may be even larger than Millennials. We need to build more homes now, instead of watching government planning continue to fail. We need to address this government-created problem with Libertarian solutions.

We need to be listening to the concerns of the Millennial and Gen Z generation as they are quickly becoming our largest voting block. Millennials are looking for someone to listen to them, not lecture them about their spending habits. We know that the affordable housing crisis is real. Libertarians understand that the problem is not your avocado toast, your iPhone, or your lates, but rather, that everyone is using the government to look out for their best interest.

The Libertarian Solution for the Affordable Housing Crisis

The solution is in the hands of local voters. Ultimately, the best way to increase affordable housing is to get involved in your local government. While many of the issues we face as a country are issues that the federal government controls, when it comes to affordable housing, changing the dynamics is mainly controlled at the local level. And, the things that need to be changed will require voters to stop voting for more of the same.

Vote for local candidates who advocate and support upzoning or reducing zoning regulations.

Who changes zoning laws? The decision is in the hands of your local government. This is why it’s so important for voters to spend time learning about smaller local races and local candidates. These are the people who can change zoning laws. Vote for candidates who support new construction and removal of restrictive zoning laws, like Libertarian candidates.

Get involved in your local government.

Show up for local government meetings. This is your opportunity to put pressure on your local government and demand changes. Typically, the people who show up to these meetings are older homeowners who have a vested interest in their community. They are more likely to oppose new construction and block affordable housing from being built in their neighborhoods. While there is definitely a balance here, if you want to see more affordable housing available, the way to make this happen is to put pressure on your local government to change things.

Everyone wants to live in a single family home with a yard, but when there is limited land available, multifamily development is the most efficient way to maintain affordable housing options for low-income renters.

People are asking for solutions. Both the Democrats and Republicans are failing them. Ohio Senator Sherrod Brown, a Democrat, and Chair of the Senate Banking, Housing and Urban Affairs Committee, believes investors have created this crisis. During a recent committee meeting he said, “More and more, investors are buying up single-family homes — homes that first-time homebuyers usually buy — and renting them out at sky-high rates.”

While Democrats and Republicans are arguing about who’s to blame, tenants are left footing the bill. Tenants blame greedy landlords, CEOs, capitalism, inflation, stagnant wages, and politicians. Between student loans and low wages, tenants are stuck in a vicious cycle, barely able to afford rent, and unable to attain home ownership.

Libertarians need to be the voice for Millennials who are being ignored.

Millennials are looking for leadership that’s listening and paying attention to their needs. In 2024, Libertarians have a huge opportunity to capture this generation’s vote. But, in order to do that we can’t just keep telling them to quit whining. The struggle to afford housing is real, and the answer to it is Libertarian.

Libertarians have solutions for the housing crisis. We need to be talking to younger voters, who are most affected by housing affordability. We need to help them understand the ways in which zoning laws have been used by Republicans and Democrats to keep housing prices high.

If you are a millennial or a cost-burdened tenant, we want your help changing the zoning laws in your local neighborhood. If you want to see affordable housing, we need you to help us push for changes. I believe Libertarians are the solution. We can make a difference by getting more voters involved in local government and issues they can have a direct impact on.

2 thoughts on “The Affordable Housing Crisis Needs a Libertarian Solution”

PrevPreviousThe Libertarian View on Abortion and What do I think?
NextThe Soft Life & Quiet Quitting: Is This America’s New Work Ethic?Next