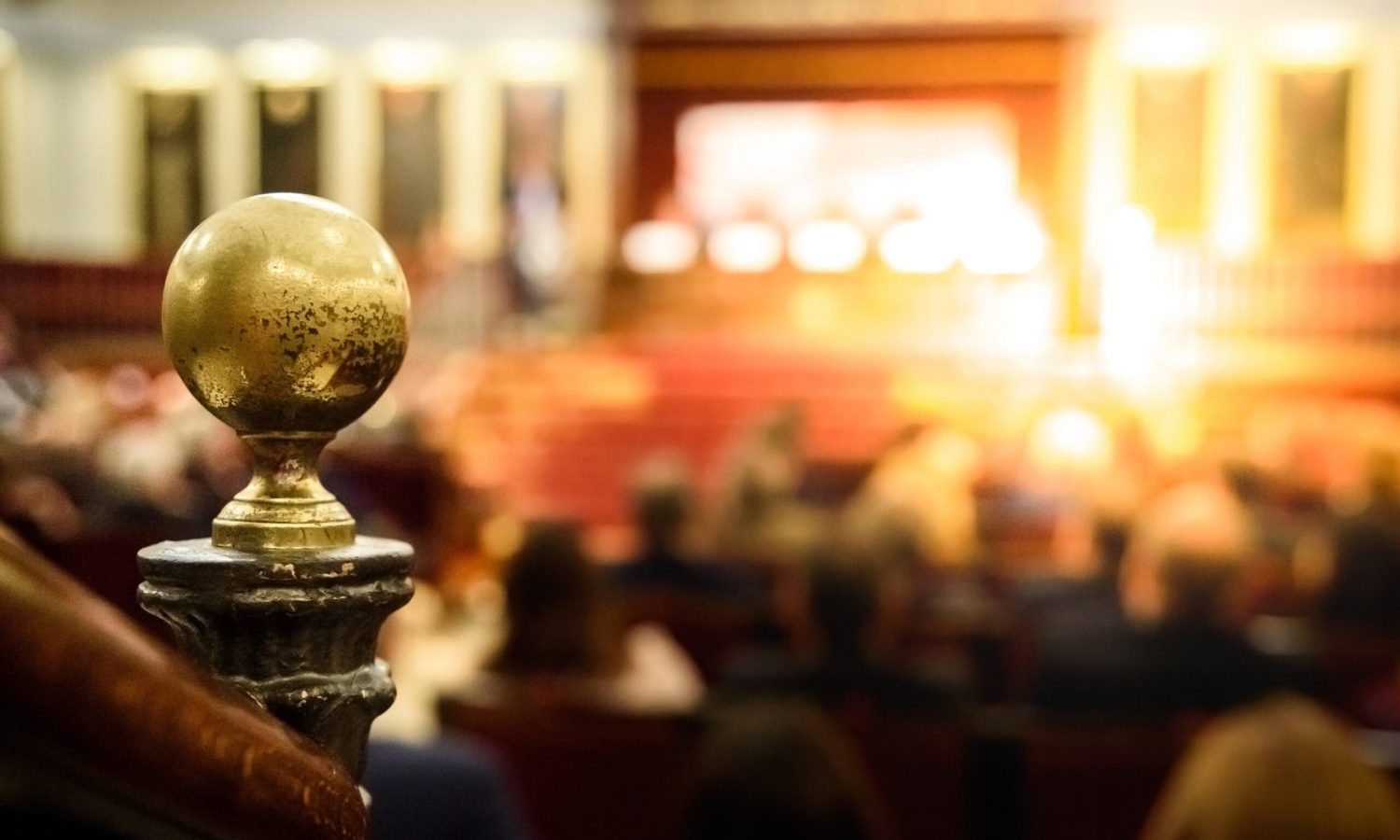 Partisan Purity is No Longer Working: The Rise in RINOs, DINOs and LINOs

If you’re a Republican, you might enjoy an exciting hunt for a RINO. The elusive DINO might be harder to find, but that doesn’t mean they are extinct. If you’re in the Libertarian Party, however, there’s no real need to worry about hunting for LINOs. That’s because you’d be lucky to find “a real Libertarian” anywhere in the party of principles.

In 2022, no matter what political party you are a part of, chances are that you have experienced an insurgency of RINOs, DINOs, and LINOs. These chameleons have taken over the political landscape, and many are feeling that our political homes have been infested with people who don’t belong there.

If you’re tired of the gorilla warfare in your party, you’re not alone. Every single political party is having problems with factions or infiltrators taking over their party. But, the question is, who really are the RINOs, DINOs, and LINOs? It seems that all of the political parties are realigning and now nobody can say what a “real” Republican, Democrat, or Libertarian looks like anymore.

We have seen an increase in new poltical parties this year including a few spawn-offs from the Libertarian Party, talk of a new Trump-led party, and a brand new “centrist” party called the Forward Party. All around people are just not happy with their political parties.

Partisan Purity is No Longer Working

While many Americans are calling out, hunting, and purging the RINOs, DINOs, and LINOs from their party, they fail to see the real problem — partisan purity is no longer working. There is simply too much diversity in our country to narrow our political parties down to just two (or even three) ideological parties.

According to research from Stanford University Department of Political Science, “party identity is now a litmus test for interpersonal attraction.” People are attracted to people in their own party, not just in their intimate relationships but in all of their relationships. On social media they are only mingling with those that are part of their own political circle and social media algorithms reinforce this.

To make matters worse, now that everyone has an enormous variety of news sources to choose from, many are choosing to only get their news from outlets that align with their political positions. This has caused our country and our politcal party tribalism to escalate.

The Hunt for the RINOs

There is a split in the Republican party that is affecting its ability to raise funds in some states and dividing the party in others. If you ask Trump supporters what the problem is, most will tell you it’s the RINOs. Even people who agree with Trump’s positions are in question if they dare to oppose him.

The divide in the Republican party is similar to the divide in the Democrat and Libertarian Party, but maybe more talked about. It’s the moderates vs the bold messengers. Although Trump’s bold message of “truth” is different from the other two parties, the root problem is still the same. Our big tent political parties no longer have room for moderates or “weak mesengers”.

Trump has pushed the party to vote for stronger candidates, implying that anyone that didn’t stand with him was weak and a RINO. He told Fox News anchor Maria Bartiromo, “We have candidates that are not strong, they’re RINOs, and they’re not strong. We need tougher people. We need people that are going to be able to win for our country.”

One of the most notable “Republicans in name only” (RINO) is Liz Cheney. She has publicly critized Trump and it cost her house seat. In an interview with NBC Today, she said she was thinking about running a campaign for president in 2024 saying that Trump is a “grave threat”. This, of course, has not gone over well with Republicans. But, there are some Republicans that may secretly agree with her.

The rift in the Republican party makes it hard for Republicans to be united. Even if they would prefer a candidate for the 2024 election, such as Ron DeSantis, they may not say this publicly. It’s difficult to predict what will happen with the Republican party, but how this will play out in 2024 depends on whether or not Trump decides to run again. If he does, it may fracture the party.

Whether you are a Republican, Democrat or Libertarian, the message is the same — out with the weak and watered-down messaging, in with the bolder, stronger, and “partisan pure” messaging.

The Disobedient and Defecting DINOs

The Democrats aren’t known for their DINOs. In general, the Democrats don’t publicly call out other Democrats as Democrats in Name Only. This doesn’t mean they don’t care as much about purity or control of the party. Their strategy for accomplishing uniformity is just different from conservatives. Rather than call out their own, they use a different strategy. It seems to keep the party unified, at least in appearances to the general public, although they have many factions of their own.

While they do express anger when one of their flock disagrees with party leaders, they don’t cry DINO. Instead they compromise or negotiate. This is one reason why Biden’s Inflation Reduction Act passed, in spite of opposition from Democrat Joe Manchin. The senator from West Virginia did not support the bill. He wanted to cut the budget and remove a provision that would charge companies for their methane emissions.

He has also publicly spoken out about the Democrats’ plan to target billionaires with a wealth tax. He told reporters, “I don’t like the connotation that we’re targeting different people.” And discussed the merits of their contributions to society in job creation and philanthropic endeavors. Many Democrats were angry, but rather than trying to purge him from their ranks, they used their influence to get him to vote differently. They might not like him, but they are not calling him a DINO.

This is not the first time we’ve seen disobediance in the Democratic party. Alexandria Ocasio-Cortez and her “squad ” want to see bold policy changes—like the Green New Deal. While the squad wants to push the party in a more progressive direction, moderates and “radical conservatives” in the party try to maintain control.

Ocasio-Cortez and her insurgent wing of the Democratic party have defied party leadership before. She has demonstrated her defiance in the House by protesting in Nancy Pelosi’s office. Many outside of Congress don’t see her as an insurgent at all though, but rather as a popular frontwoman for socialist policies such as free college and Medicare for all.

And most recently, Tulsi Gabbard announced she was leaving the party calling the leadership “an elitist cabal of warmongers driven by cowardly wokeness.” With her departure and lauch of her new YouTube channel, The Tulsi Gabbard Show, many speculate she will run for president again in 2024, but nobody is certain if she will run as indepent or join a third party. Will Democrats follow her though?

After the “Reno Reset” of the Libertarian Party this year, “left-leaning” and moderate libertarians are leaving in droves. While most Mises Caucus members say they are just moving the party back to its libertarian roots, many libertarians disagree.

Libertarians have been arguing for decades over what the definition of a “real Libertarian is”. Although Libertarians still don’t agree on this, what we do know is that the new leadership’s definition is more socially conservative, more pro-life, and some say more bigoted than the previous definition was.

The Mises Caucus are all supporters of Ron Paul and believe that he is the father of libertarianism. His idealogy is pure or principled libertarianism, or as Angela Mcardle put it, “thin Libertarianism” and the party has been embracing what she calls “thick Libertarianism”. This has been a long-standing issue in the party, but most people refer to this as small L and big L libertarianism.

While Gary Johnson received more votes than any other Libertarian candidate in the history of the party, he has been criticized by members of the Libertarian Party who want to return to principle-based libertarianism instead of appealing to the masses.

This is what has led to the divide in the party, but many outside of the Mises caucus don’t see Ron Paul as the father of libertarianism. They see him as a Republican that divides the party. With so much division and hostility in the party, it’s hard for Libertarians on either side of the split to feel optimistic about 2024.

Can we break free from this tribalism that is dividing our parties? I think so. While it might not seem popular, independent thinkers and centrists are starting to break out of their echo chambers. This is one reason the Forward Party is gaining momentum. It is my hope that the political parties come to their senses and realize that their tribal stronghold on party members is not only destroying their parties but our country.

The only way we’ll ever see an effective government again is if we get rid of the vitriol and start seeing each other as individuals (not as Democratic, Republicans or Libertarians). The way to do that is for people to start connecting with others outside of their tribe. Our society, not just our political parties, need to stop reinforcing their own echo chamber. This is the only way I see things improving.