Do you believe people should be able to live their lives the way they see fit or do you think the government should decide your morality, who you can and can’t love, or what you should be allowed to do in the privacy of your own home? Libertarians believe in the idea of “live and let live.” It’s not my place to tell you what is right or wrong. “Don’t hurt people and don’t steal their stuff.” That’s the simplest definition of a Libertarian.

The biggest issue I had with Libertarianism when I first started reading on it was that I believed in a social safety net. Who will take care of our elderly, poor and disabled if not for the government? This is what I’ve learned. People are good. Of course there are bad people out there. But people take care of people better than the government. As I have been struggling to make ends meet, I have seen Libertarians put their Libertarian concept of a “social safety net” into practice. They do what the government fails to do with it’s charity. People are charitable. They help people without being forced to. People do take care of the poor, disabled and elderly.

Ask any Libertarian what a Libertarian is and you will probably get a different answer. The fundamental principal of live and let live or “don’t hurt people and don’t take their stuff” will likely be included in some form in everyone’s answer, but we each have our own concept of what a Libertarian is. We don’t do group think. We are all individuals.

We believe in limited government

I like Investopedia’s definition of limited government so I’m sharing it. 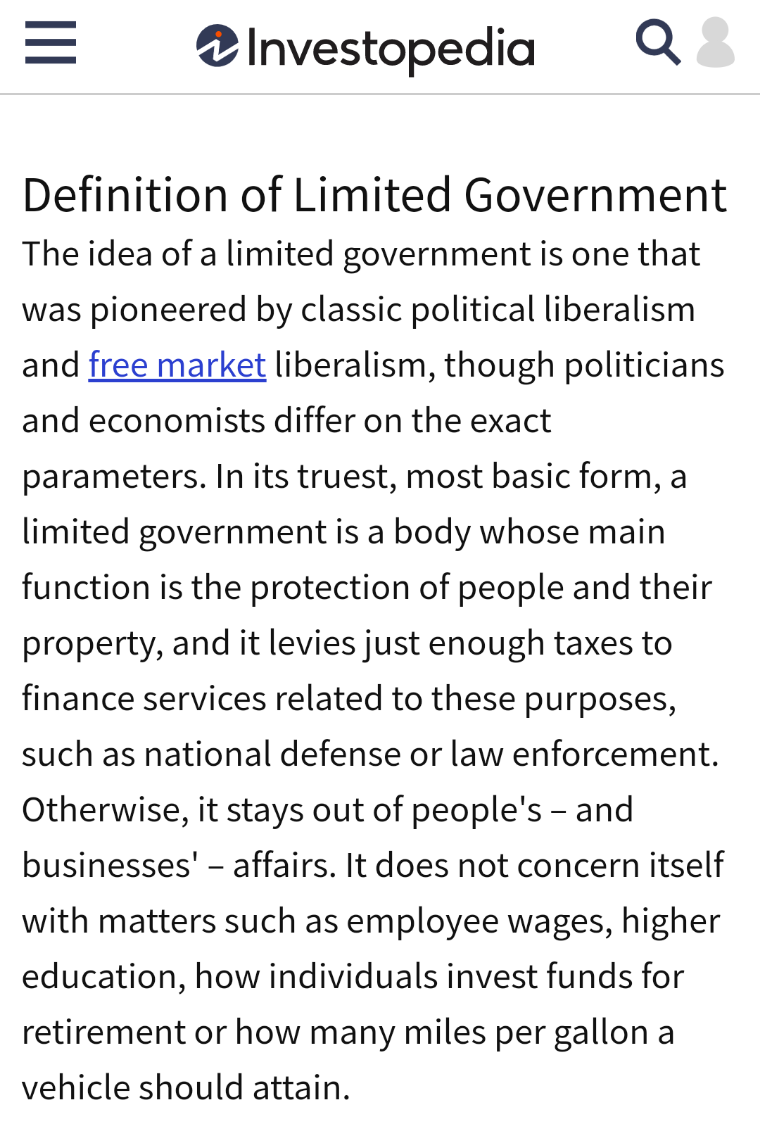 But but but… We need the government to…

We believe that the government’s role should be limited to protecting us from force and fraud.

This is my definition of what a Libertarian is.