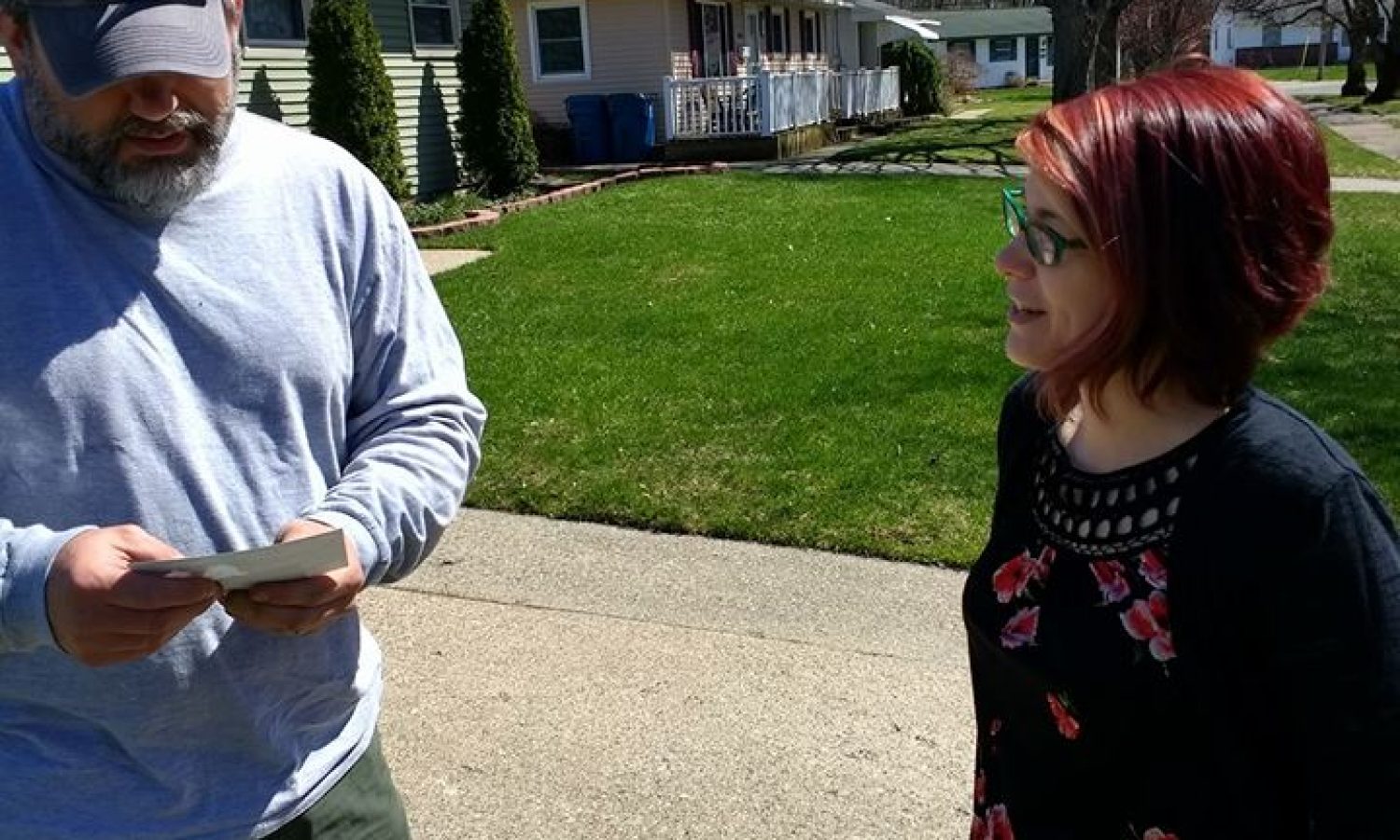 “I like Tommy personally,” said Malowney. “He seems to be a nice guy. But I think residents in the Wyoming and Byron Township area deserve more effective and inclusive leadership, especially on issues critical to all voters: better roads, better schools, lower-cost auto insurance, parents’ rights, family court reform, and more freedom under the Constitution. When I talk to voters in my district, these are the issues they tell me they are most interested in, the issues that affect them personally.”

Malowney admits it was those issues that drove her to get into the political race – even though politics is not one of her favorite endeavors.

“I’m not a natural politician,” she said. “I’m just a regular person who has experienced enough of life to know there are better ways to do things, ways that don’t get mired in the political process. I believe I have the skills and the personality necessary to get things done.”

“I am a single mother of five children. Also, I am the co-founder of the popular website JustMommies.com,” she said. “I’ve had to work hard to pull myself out of poverty. It takes passion and determination and leadership skills, especially regarding having to, at times, overcome terrible bureaucracy created by our elected officials. Like all of us, I have watched government grow bigger and bigger, and take away more of our freedom, not to mention our ability to achieve happiness. Because I’ve experienced struggles first hand, I don’t think anyone is going to fight harder for families, and to help make the quality of our lives better by making government work for us, instead of against us.”

Although she sees strengths in both of the major political parties, it’s the Libertarian Party where Malowney feels most at home, citing its reliance on the Constitution, freedom, liberty, and limited government as the reasons for her candidacy as a Libertarian.

In keeping with her hands-on, can-do attitude, Malowney believes the best way to lead is to listen to people, which is why she spends much of her time going door to door in her district, meeting people and asking them what issues are most important to them.

“It’s not easy knocking on all these doors,” she said. “But I can’t do a good job in Lansing if I don’t take the time to get to know my constituents. So that’s my goal: to meet as many people as I can, get to know them and the issues that are important to them, and then share why I believe I’m the best candidate in this race. I’ve met wonderful people, most of whom have said they will remember me when they vote on Tuesday, November 6th.”