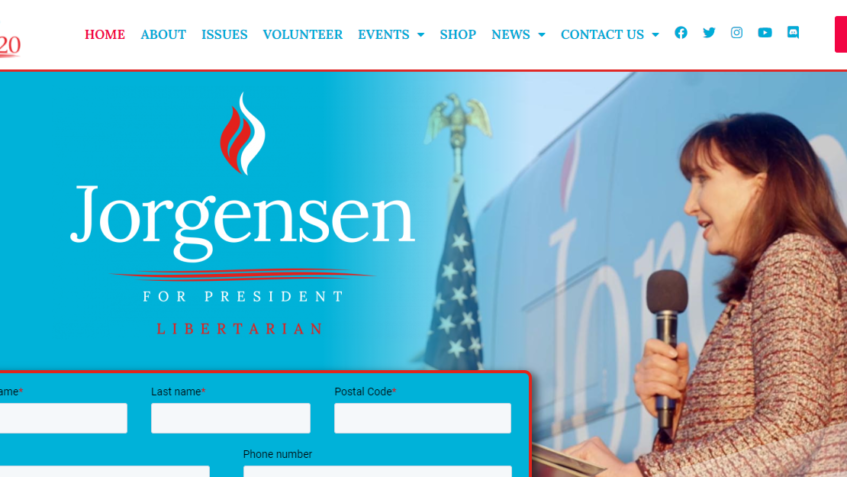 by Patty for Liberty in Libertarian News

Jorgensen supporters have been using the hashtag #Letherspeak all over Facebook and Twitter after Jorgensen was left out of last night’s debate.

The media won’t do our work for us. The corrupt @debates kept us off the stage last night and, of course, it turned into a shameful display of name calling, lies, and bad policy. Will you chip in $5 to help take my message directly to voters?https://t.co/CTC1Hb9hfj

Google searches for “third party candidates” and “Jo Jorgensen” spiked at around 8 pm on Tuesday night. 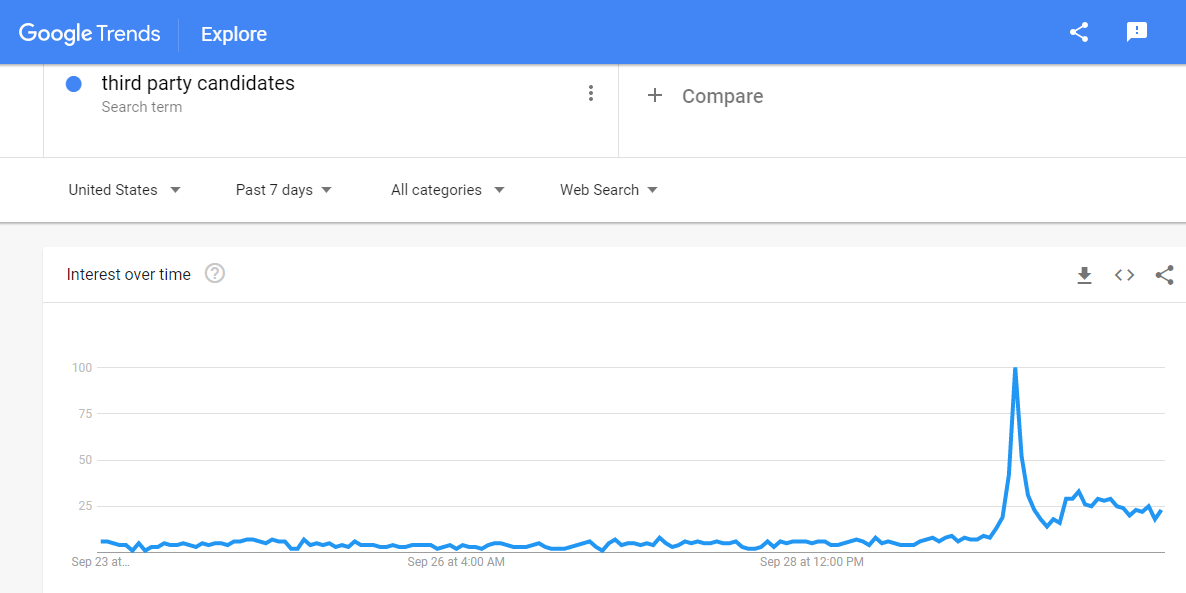 If you look at the data on Google Trends, you can see that voters tuning into last night’s debate were eager to find out who else was running. Searches for “third party candidates” spiked at around 8 pm last night. Both the Libertarian party and Green party’s presidential websites were hit hard with traffic causing their servers to crash.

Talk of Jorgensen’s website crashing spread fast across social media.  On Twitter and Facebook people were congratulating Donald Trump and Joe Biden for their terrible performance. 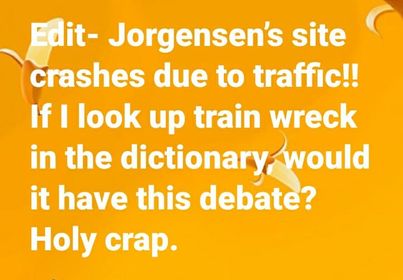 CNN’s Jack Tapper described the debate as “a hot mess, inside a dumpster fire, inside a train wreck“.  Because of Tapper’s comment and the train wreck of a debate, Google searches for “train wreck” were also up last night.

All of this is great news for Jo Jorgensen.

We have seen a SURGE of post-debate contributions and website traffic. It’s clear Americans were not impressed with what they saw. We now have just $17,000 remaining before our End-of-Quarter deadline at midnight! Contribute: https://t.co/9gAH4GHrXn

If you would like to learn more about Libertarian candidate for president check out Jo Jorgensen’s website. Jo20.com 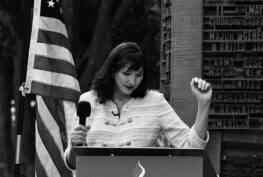 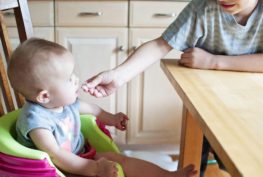 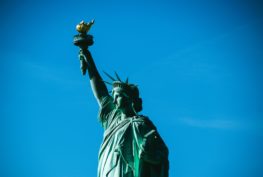