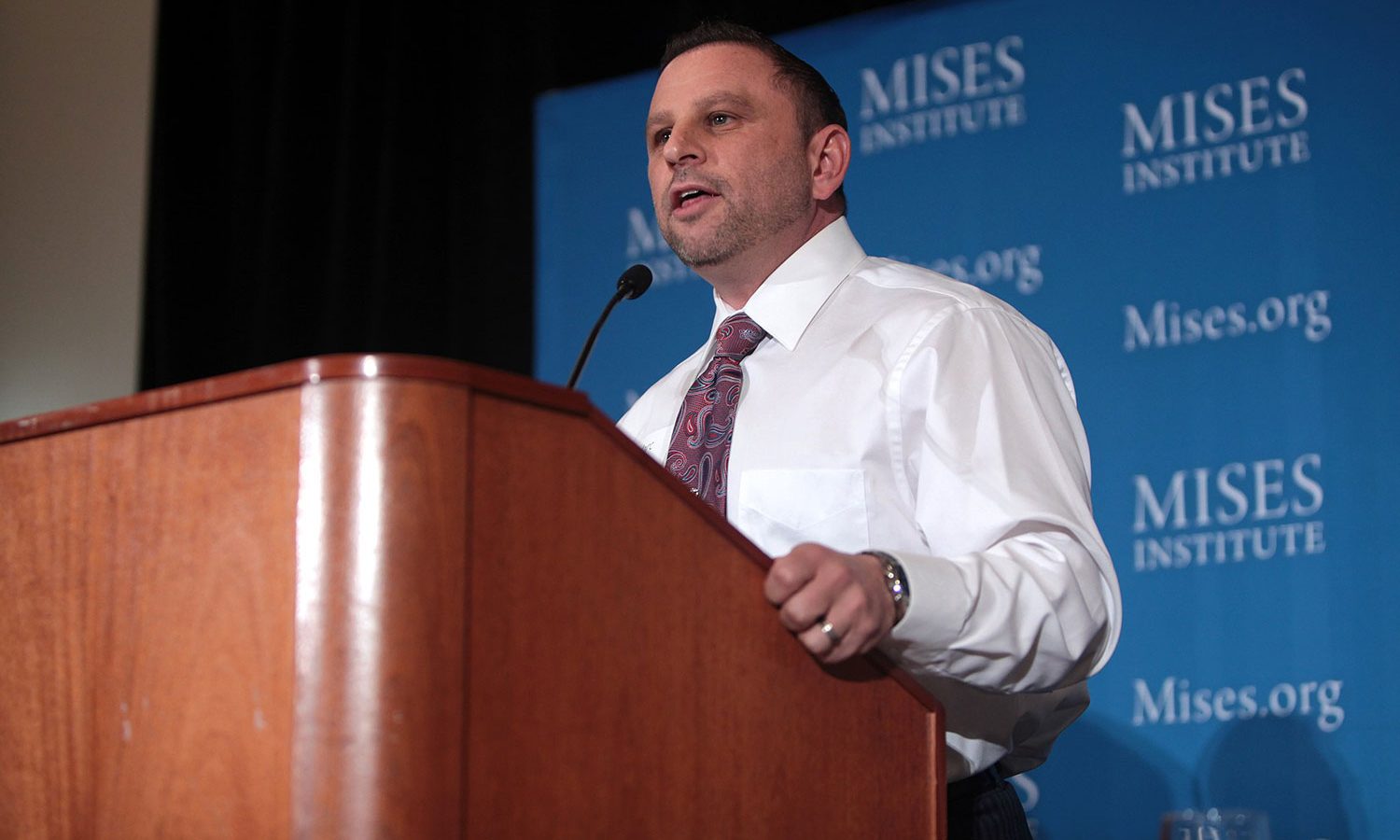 Who is Marc Victor? He’s the 2022 Libertarian candidate who was running in the Arizona U.S. Senate race — until yesterday when he announced he was dropping out of the race and endorsing Republican Blake Masters. Libertarians, who are already frustrated with the state of the Libertarian party, are furious!

Who is Libertarian Mark Victor?

Marc Victor is a former Marine and criminal defense attorney from Chandler, Arizona. He was running for Senate in Arizona against the Incumbent Senator Mark Kelly. But, just a week before the election, he dropped out and endorsed his opponent Blake Masters. This has left Libertarians furious and debating whether or not he made the right decision.

This race has been a hotly contested race and Victor was doing very well. In fact, just a couple weeks ago, Reason Magazine did a story on the Libertarian candidate and he was polling at 15 percent. Even though many party members didn’t like Victor, he was still polling in a good position to do well in next Tuesday’s election.

The Libertarian Party didn’t promote Marc Victor, and I only started reading about him recently. What I did hear about him wasn’t positive. Comedian Dave Smith, an influential member of the LP’s Mises Caucus tweeted, “This guy is a clown who has absolutely nothing to do with us. He went outside the party and got the signatures to be on the ballot. Stupid AZ laws. I support Masters.” This statement was made last month prior to Victor announcing his endorsement of Masters.

After watching Victor’s debate with candidates Mark Kelly and Blake Masters, I will say I thought he did an excellent job promoting the Libertarian Party, at least in the debate. I thought he was a surprisingly strong candidate who advocated for the party’s values of “live and let live.” I was impressed by his knowledge and his ability to articulate it clearly. He is one of the few Libertarians I have heard explain the issues with our monetary system in a way that I thought the average voter could understand.

Prior to yesterday, the only thing I really heard about Victor was his controversial comment about age of consent during the debate. But, after watching the debate myself, I did not feel that profoundly impacted his campaign. I think he would have performed well on Tuesday and potentially brought new voters into the Libertarian Party.

This is the question on everyone’s mind. Why on earth would a candidate running in the Libertarian Party drop out a week before the election and endorse his opponent? Some think he was putting principles above his political party, but others think he had other motives.

Perhaps the explanation is simple, the Libertarian candidate told Reason Magazine, “From the people in the national party, I got nothing but aggravation. They did everything they could to make me look bad. I got no love from the Mises Caucus.” Why put this much work into a political party that can’t get behind him?

The former candidate released a video where he explains his thought process on dropping out of the race. He said, “I’m for freedom and I am for peace and I am for civility and I am not going to compromise my integrity for any purpose period.” He went on to explain that his real motivation in running in this race was to promote the concept of “live and let live” and to promote the global peace movement.

He said he reached out to both opponents and asked them to convince him that if stepping down would make sense for “the case of peace and freedom to be furthered,” he would do it. Blake Masters reached out to him. They talked and he decided he would endorse him.

Social media erupted with comments from angry Libertarians. Former Congressman Justin Amash was one of the most vocal critics of his decision. In a series of tweets, Amash expressed his frustration with the candidate.

The Libertarian Party exists to organize libertarians to win elections. A Libertarian nominee should never drop out to endorse a nominee from another party. If you’re not absolutely committed to competing through Election Day, then get out *before* you become the nominee.

Many Libertarians, including comedian Dave Smith agree with Marc’s Decision to Drop Out

Comedian Dave Smith, a member of the Mises Caucus, supported Blake Masters publicly in October. He continued supporting him after Victor’s announcement. He made his own series of tweets explaining his reason for supporting Victor’s decision.

Ok, to be clear. I think Marc Victor is a great guy and a solid libertarian. His legal work is phenomenal and more important than anything I do. I also think in the interest of liberty it made sense for him to drop out and support Masters. I apologize for calling him a clown. https://t.co/Ovo4csuGW5

People who say “The libertarian Party exists to win elections” get it completely wrong. The Democrats and Republicans exist to win elections. We are here because we believe in something. We exist to advance the cause of human liberty.

Other Libertarians have been silent or said very little

Another influential Libertarian and potential presidential candidate, Spike Cohen, tweeted that his focus was on growing the Liberty movement

Many libertarians are currently arguing over whether to support:

1. Libertarian candidates with little chance of winning, or

2. Non-libertarian candidates who occasionally talk to us.

These will continue to be our choices until we grow the liberty movement.

That is my focus.

Larry Sharpe agreed that Victor was a “clown” and agreed with Smith’s assessment of the candidate. He did not, however, say anything about Smith’s own endorsement of Blake Masters.

1/ With regard to Marc Victor’s (@Victor4Senate) recent withdrawal as a candidate in Arizona, his endorsement of his Republican opponent and then @ComicDaveSmith‘s reaction (calling him a clown and/or attacking his character) and then retraction. No retraction was required. pic.twitter.com/nkfWwINZrk

Another Mises Caucus presidential candidate supported the Arizona Libertarian, but also agrees with the sentiment of Dave Smith. In a video published on October 16th, Mike ter Maat explains why it is sometimes okay to endorse a “so-called Liberty Republican”. He says in the video, “If supporting the LP is not your thing, that’s fine.”

Marc Victor is not the ONLY Libertarian Endorsing Republicans

Unfortunately, Marc Victor is not the only Libertarian to embarass the Libertarian Party by endorsing Republicans. Gary Johnson, former Libertarian presidential candidate and former governor of New Mexico, has publicly endorsed Republican Mark Ronchetti in his race here in New Mexico.

Are we the Libertarian Party, a social club, or a refugee camp for Republicans?

If you would like to see Libertarians like Justin Amash in office, please share this post with as many of your libertarian friends as possible. Let’s make it clear that the Libertarian Party is here to get more libertarians elected, not just to post memes and talk about libertarianism on social media.