Just want to post a quick update. I am currently working on getting my website up and running and building my campaign team. In order for me to have an effective campaign, I need to be organized, have a good strategy and a good team.

I have told you a little about myself but not why I have decided to run for office. I joined the Libertarian party during the 2008 election. Prior to that election, I had always voted independently, but I never really paid attention to politics or elections. I thought like many do that your vote really doesn’t matter anyway. After becoming completely disenchanted with both political parties, I started exploring my options. I looked into every single third party. The only party that really seemed to match my values was the Libertarian Party. I became more and more interested, and eventually joined the party.

Fast forward to today, I have been part of the Libertarian party for close to 10 years. I have had different levels of involvement. I have gained a better understanding of what Libertarianism is about, and believe that many people in West Michigan share my values, even if they do not belong to the Libertarian Party.

This is my second time running for office, but my first time planning to run a serious campaign. I care about Michigan, and my community. The reason I decided to run in this election is because I am a hard worker and believe I can make a difference. People with values need to step up if we want to see change. I am intent on making changes to Michigan’s CPS and foster care system. That is one of my driving forces for stepping up. However, I also care very deeply about Michigan’s future. It’s important for Michigan to have strong leadership that is fiscally responsible and looking out for what is ahead. We can’t just have leaders that want to be “politicians” or get ahead in their career. We need people that care about Michigan — our economy and community. We need people that will listen and do something. My goal is to get out and talk to as many voters as possible over the coming months, hear what you have to say, and see what I can do to make your lives better here in Wyoming and Byron Township. I also hope that you will give me a chance and hear what I have to say.

I am currently working on building my campaign team. I will be reaching out to Libertarians here in West Michigan that would like to help. I am also looking for anyone who has experience running a campaign. I am very open to independent voters and people that are not attached to a particular party. If you would like to talk to me more please reach out to me on Facebook or at patty@pattyforlibertycom. 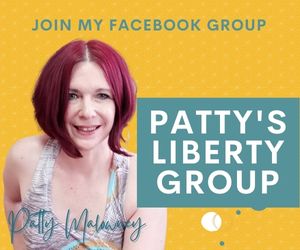