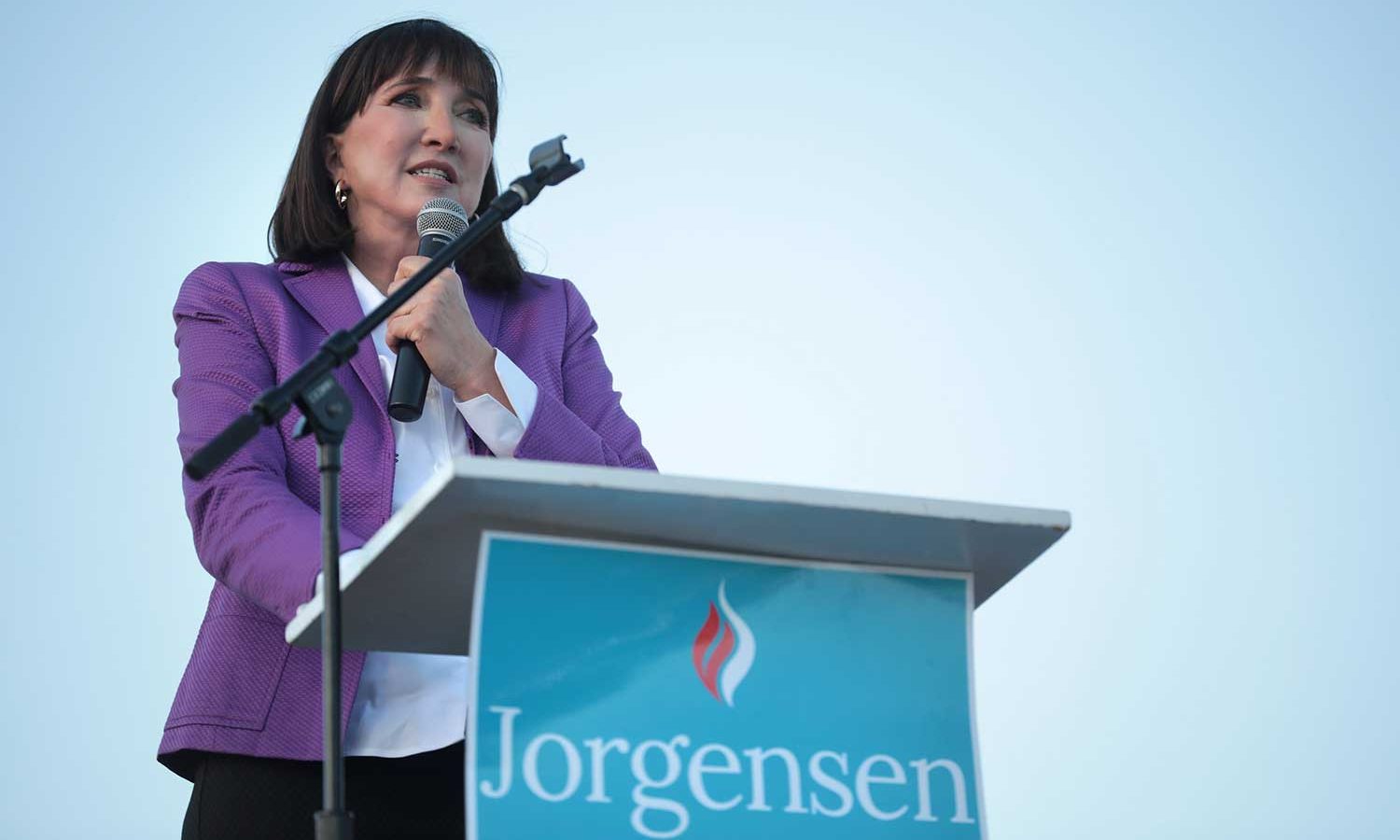 As the 2024 presidential race heats up, many Libertarians are wondering if Jo Jorgensen, the party’s 2020 candidate, will be running again. In 2020, Jo Jorgensen’s website crashed after a flood of people searched for third-party candidates during the 2020 presidential debate. This Libertarian lady is proving to be the queen of Google.

Jo Jorgensen is the most searched-for Libertarian presidential candidate according to Google Trends, topping Justin Amash, Dave Smith, and all the others who haven’t come close to matching her online presence.

I noticed a large number of search queries for “Jo Jorgensen 2024” and “Is Jo Jorgensen running for president in 2024” on Patty for Liberty. I decided to do some investigating. Below is a comparison of search volume for the leading prospects. As you can see, Jo is the only candidate that shows up on Google trends.

Google Trends for the past year:

The other candidates have had little to no presence on Google Trends. It seems that it could be a while before we see any of them match Jo’s online presence. Whether she will run in 2024 or not, it’s impossible to deny her online presence and popularity.

If fact, searches for “Jo Jorgensen 2024” have more than doubled over the last year. She is beating every single Libertarian presidential candidate when it comes to search volume, something I find incredibly interesting. It could be a sign that many Libertarians (or frustrated voters) are looking to her as the next potential president.

Is Jo Jorgensen Running for President in 2024?

It’s still pretty early, so it’s certainly possible that the woman who’s run as both the Libertarian Party’s presidential and vice presidential candidate before will step into the race. But, at this point, she hasn’t spoken publicly about it.

Why is she so popular on Google Trends?

Many Libertarians fail to recognize how small our party is when it comes to the general public. The general population doesn’t follow the inner party workings. What they remember is, “who was that lady that ran for president last time?” Jo Jorgensen performed very well in 2020 considering the circumstances. She didn’t have a ton of name recognition, and she wasn’t incredibly popular, but her approach resonated with voters.

People clearly like her well enough to remember her name and search for her. This is a big takeaway for Libertarians — Who we think voters will like doesn’t always match what the data says.

While the Libertarian Party argues about which candidate is the most popular, the most viable, or the one voters will like the most, Google Trends says it’s not Justin Amash, Dave Smith, Spike, or any of the other prospects. It’s our very own Libertarian legend Jo Jorgensen. So while it’s too early to know if she will run in 2024 or not, it’s clear that she has captured a lot of attention – both inside and outside of party circles.

What do you think about Jo Jorgensen running again in 2024?

Are you surprised that Jo Jorgensen is so popular in Google? Do you think she will run again? Would you consider her a good option for 2024?

PrevPreviousJustin Amash and the Mises Caucus: Can His Strategy of Getting Along Work?
NextHow the Trump Vs Desantis War in the Republican Party Could Help LibertariansNext