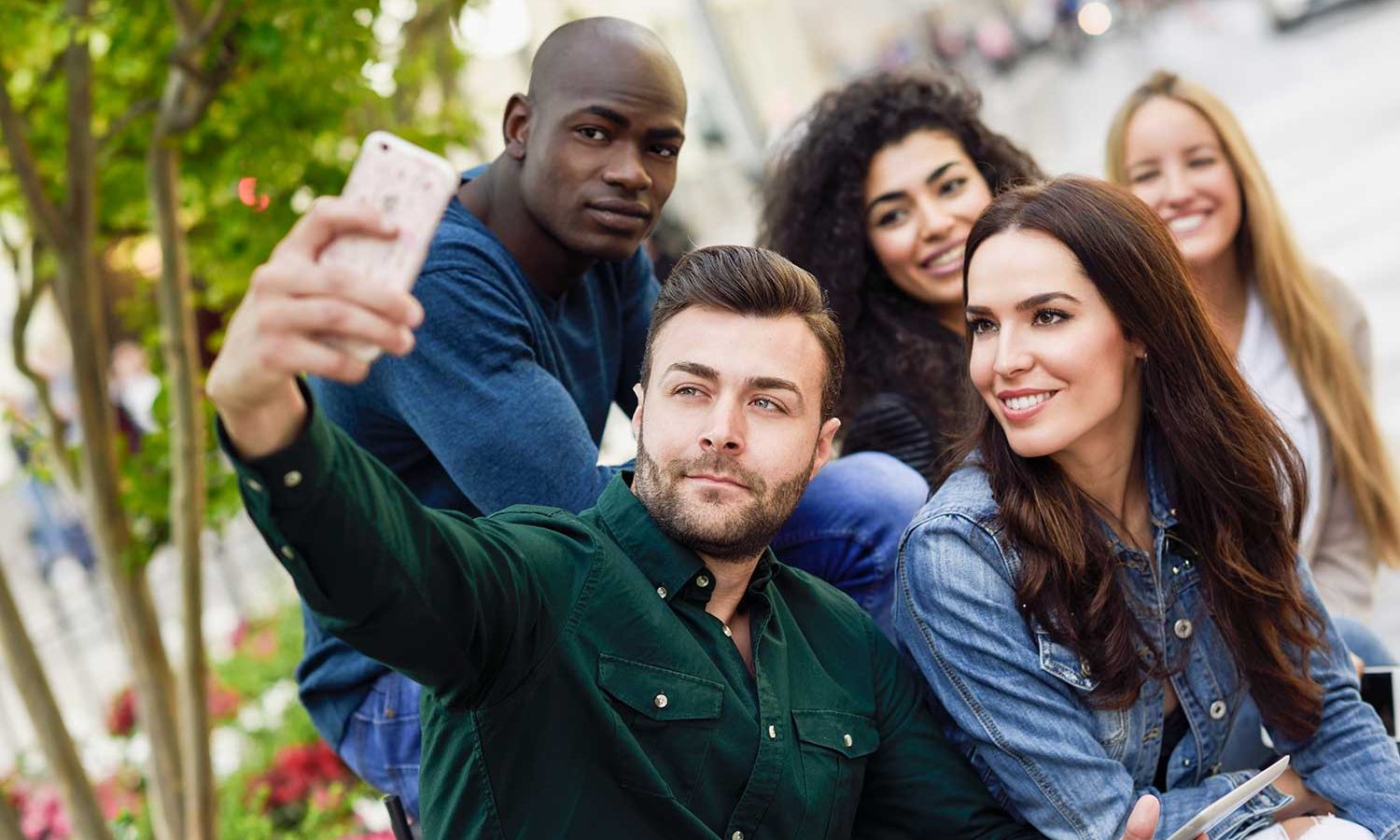 Is Gen Z the Most Conservative Generation?

In the 2022 midterms, Gen Z turned out in record numbers, and many believe these young voters were responsible for stopping the red wave that Republicans were hoping for. In spite of this, some political podcasters, YouTubers, and news outlets are describing Gen Z as the most conservative generation of voters in American history.

Are we witnessing a Gen Z Conservative movement, or is this just wishful thinking from Republicans? Why are so many people saying Gen Z is the most conservative generation ever? GenZ is, in fact, one of the most politically active generations in decades, but are they really more conservative?

With greater access to information than ever before, and having witnessed some of the most turbulent times in recent history, Generation Z has lived through situations that have profoundly influenced their political views.

As they get older, Gen Z won’t be recounting stories of long walks in the snow to get to school — they will instead share stories of being confined to their homes for months on end, unable to attend school. These formidable experiences may explain why Gen Z is much more politically active than their predecessors, Millennials and Gen X.

In today’s political world, young people have so many more options for sharing their political views than most of their older peers had. More Gen Zers have started political blogs, YouTube channels, and social media accounts to express their opinions and thoughts. You can find plenty of Gen Z conservatives on YouTube, Instagram, and TikTok

This online activism might be why some people think Gen Z is more conservative. However, this has not actually translated into Republican voting behavior. Many in this age group remain apathetic about politics overall – something we’ve come to expect from young voters.

This generation, however, is more educated and is more active in politics than other generations. They use the internet to research issues for themselves and they show up to vote. In fact, 27 percent of voters aged 18-29 voted in the 2022 midterm elections. This might seem like a small percentage of voters, but it was the second-largest turnout for young voters in nearly three decades.

Gen Z cares about political issues that matter to them and they may play an important role in deciding the winners of the 2024 election. Younger voters generally start off more liberal and become more conservative with age. This generation has some striking differences from previous generations though, and there is some indication that Gen Z is more conservative. But, you have to take a closer look at how they voted to see where this idea is coming from.

One reason why there may be a perception that Gen Z is more conservative is because of Gen Z males. There are a lot more conservative young men than young women, at least according to research from CIRCLE (Center for Information and Research on Civic Learning and Engagement) at Tufts University.

In the 2022 midterms, both male and female Gen-Zers tended to vote for Democrats, but there were substantially more Republican votes cast by Gen-Z males than Gen-Z females. Rural areas were especially conservative in terms of Gen Z votes. In these areas which are mainly home to white constituents, 64 percent of young voters chose Republican candidates. This may explain why many young white men believe that Gen Z is more conservative.

Young white males are most likely the driving force behind the claims that Generation Z is more conservative than ever. Do a quick search of YouTube for Gen Z conservatives, and you will see that nearly every video saying that Gen Z is the most conservative generation ever is coming from a young white man.

And, Gen Z males are brasher, outspoken, and not worried about who they offend. The younger male counterparts of the Republican and Libertarian parties are definitely pushing the edgier messaging. Many young men are modeling Donald Trump’s behavior in their communication believing that this is the way to get results. Even though Gen Z almost unanimously dislikes Donald Trump, they think his bold, aggressive style worked so that’s what they should be doing. But, there is another reason why Gen Z conservatives are bolder and less PC.

Some Gen Z conservatives are frustrated with “woke” culture pushing a narrative they find ridiculous and illogical. Gen Z voters aren’t necessarily on the side of the “anti-woke” culture warriors, but they are tired of PC messaging, hypersensitivity, and irrational and emotional arguments that don’t actually make sense to them. They are pushing back against what some of them describe as over-the-top stupidity. They are looking for more rational voices and less emotional ones.

Gen Z Females are NOT Conservative

Gen Z may appear more conservative if you’re looking at Gen-Z men, especially young white men. But, if you talk to younger women, you will find that most younger female voters aren’t conservative at all. Most Gen-Z women voted for Democrats in the 2022 midterm elections.

According to a survey conducted by Her Campus, 86.5 percent of young women said that their personal views on abortion would affect how they would vote and 87 percent said abortion was one of the most important issues to them in 2022. With abortion access on the ballot in numerous states, it’s not surprising that younger women showed up to vote or that they voted for Democrats.

According to Pew Research, a whopping 71 percent of Gen-Z female voters voted for Democratic House candidates, compared to 53 percent of Gen-Z men. Abortion, for obvious reasons, is a much more important issue for many young women than young men.

LGBTQ Gen Z is a Force to be Reckoned With

Another interesting takeaway from Tuft’s CIRCLE research was that the Gen Z LGBTQ community made up a large percentage of Gen-Z voters in 2022. Over 20 percent of young voters identified as LGBTQ and 93 percent of them voted for Democrats. This might not seem substantial, but much of the culture war right now stems around gender identity politics. This voting block could become more important in the 2024 election.

Older voters struggle with the idea of choosing your own gender identity, but most Gen Z voters don’t have a problem with it. Almost 60 percent of Gen Zers think that online profiles should include gender options other than “male” and “female”. The majority of Gen Xers and Boomers disagree.

Even though the share of young conservatives is growing, by and large, Gen Z does not like Donald Trump. In a survey conducted by Business Insider, Gen Zers were asked to “identify the most important issue facing our country right now.” The top response to this open-ended question was Donald Trump.

Most Gen Z doesn’t like Joe Biden either. Many feel that they were duped by Joe Biden who failed to deliver on his promises of forgiving student loan debt, an issue important to Gen Z voters. But they have also watched our economy tank under Joe Biden’s leadership and recognize that he has done a terrible job when it comes to inflation and the economy.

Gen Z is the most racially and ethnically diverse generation in US history. Many of these young voters don’t identify as Republicans or Democrats and tend to have a mix of political views. They tend to vote based on issues that are important to them, rather than voting based on a political party. And, most are much more open-minded than their older peers.

Unlike older Republicans, Gen Z Conservatives believe that climate change is something that we should care about and not ignore. Most Gen Zers think that the government should take a larger role in addressing climate change, and developing alternative energy sources. They are also much more socially liberal than older generations. There may be some Gen Z Republicans pressing for a return to traditional American values, but most Gen Z is more tolerant than older generations.

Gen Z is not one homogenous group that collectively agrees on everything. They are a diverse group of voters who are more educated, more vocal, and more politically engaged than older generations. Many of them are angry about the issues they feel have been ignored by politicians. Issues that are important to them include climate change, ending racism, and dealing with gun violence. You cannot lump all Gen Z together though. Just as they are racially and ethnically diverse, they also hold a wide range of political views.

I believe Gen Z is our most Libertarian generation ever. They may not completely understand or embrace libertarianism, but most see the problems with our current government and the problems in our two-party system. Many are conservative when it comes to economic issues, but are more liberal when it comes to social issues like abortion and gender identity.

They are definitely more engaged in the political process than any of the generations before them. What some people are describing as a surge in conservative Gen Z, I see a surge in independent thinkers who are much more libertarian-leaning than any other generation.

What do you think? Is Gen Z More Conservative?

From the Gen Z young adults I know, I would say, in general, they aren’t more conservative. They are much more open-minded though. And, I think they might be the generation that breaks up the two-party system.