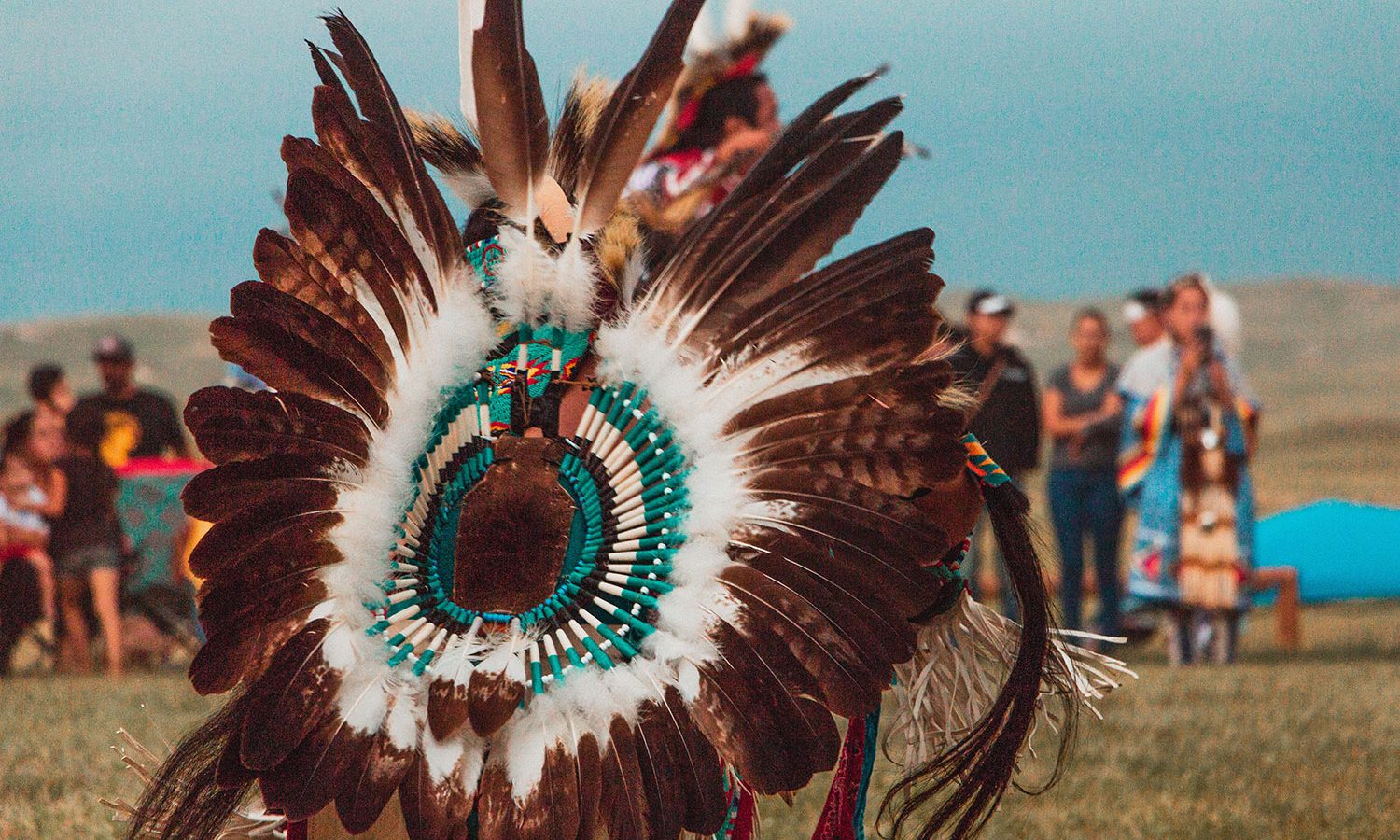 The Supreme Court will soon be reviewing a case that involves Native American children. I am worried about what the outcome will be. Will the court vote in favor of the Indian Child Welfare Act, which is intended to protect Native Americans? Or will the court vote in favor of a white Christian family from Texas that says their adopted son was taken away from them because of the color of their skin?

As the case of Brackeen v. Haaland heads to the Supreme Court, I think it is important that those of us who have first-hand experience with the foster care system speak up. The way that this case is being presented is that ICWA is racially discriminatory and keeping Indian children from being adopted into loving families. But, most people don’t seem to understand why ICWA was enacted. They don’t know the details of the case, either.

Congress passed the Indian Child Welfare Act in response to years of cultural extermination, abuse, and indoctrination of Native American children by white America. For decades, Native American children were forcibly removed from their families. Our government made them stop using their own language, stop practicing their indigenous religious beliefs, and adopt American religion and culture.

Native American children are far more likely to be separated from their biological families and placed in foster care. Before ICWA, most children were placed into nontribal agencies and foster homes, or adopted out to non-Indian families.

The law not only protects Native American children, but it also protects the sovereignty of 574 federally recognized tribes. The Supreme Court is about to decide if Native American tribes will continue to have legal sovereignty. This law is supposed to protect Native American culture. But is it constitutional to force states to enforce ICWA? Or, is it a law disguising racial discrimination?

Will the Supreme Court rule in favor of white Christian systemic bias?

According to the New York Post, the AAP members and the American Medical Association have advocated for preserving the Indian Child Welfare act. In an amicus curai brief, the AAP and AMA support ICWA saying that “kinship care is now widely recognized, including in general federal policy, as a preferable approach in child welfare for children of all backgrounds.”

In many states, the foster care system does not adhere to this belief. From my personal experience, they in fact do not prefer to place children with next of kin. In Michigan, I was unable to place my children with friends or family, even if they were willing to become licensed foster parents.

Many judges and social workers believe next of kin are more likely to have the same problems as the parents themselves or that they will allow parents to break the rules, such as letting them see their children in unsupervised settings.

There are serious issues with white Christian systemic bias in the foster care system. This affects not only which children are removed, but also where they are placed. This systemic bias affects Native American children, but is even more harmful to black children who are placed in foster care at an even higher rate than Native American children. If the Supreme Court rules in favor of the white Christian parents, it will only reinforce the systemic abuse within our foster care system.

While the Supreme Court will be reviewing four cases that challenge the constitutionality of the Indian Child Welfare Act, the case that is at the center of media attention is the Haaland v. Brackeen case. The case involves the Brackeen family, a wealthy, white, conservative Christian family who is challenging the court. They say that ICWA is unconstitutional and discriminatory.

ICWA prevents Native American children from being adopted by non-Native Americans. The family believes this is unconstitutional and discriminates against white parents or any other parent who would like to adopt a Native American child. They also believe this is not in the best interest of the child. A Texas federal judge agreed with the parents.

Important details have been left out of many news stories reporting on this case. The parents were informed that the child was Native American at the time of placement and were aware of the ICWA rules regarding adoption. They chose to foster a Native American child, knowing they would not be able to adopt him.

The parents acknowledged that they were informed at the time of placement that the child would not be able to be adopted. According to the New York Times, the mother supported their decision to adopt her child and this was part of the reason they chose to pursue adoption.

Even though she agreed that the couple could adopt her son, the tribe still objected. They took the boy away and tried to place him with Native American parents in New Mexico. The judge in the case ruled in favor of the tribe, but the tribe eventually agreed to the couple’s request to adopt their son.

Later, the boy’s biological mother became pregnant again with another child. When the Brackeens found out about her birth, they petitioned the court to adopt the girl as well. However, because of ICWA they were forced to let the Navajo tribe locate a biological relative who wanted to adopt the girl.

When their case was heard by Texas District Court Judge Alex Kim, he ruled that ICWA violated the state’s constitution. Instead of granting custody to the biological relative, he based his decision on Texas family law. He gave the Brackeen family custody of the girl, ruling that it was in the best interest of the child.

Is the Indian Child welfare act in the best interest of the child?

But is it in the best interest of the child to be placed with her sibling? Or is the court discriminating against the biological relative who is not as affluent or able to provide the girl with the lifestyle the Brackeens can? According to the Times, the Native American relative lives in a two bedroom home and collects food stamps. This begs the question, who is being discriminated against — the affluent white Christian couple or the Native American family member?

Remember, ICWA was created for this exact purpose — to protect Native American families from this type of abuse. White Americans are still taking their children, indoctrinating them in white Christian culture and destroying their cultural connections to their tribe. It is imperative that we continue to protect Native American children. White affluent Christians are not more deserving of their children!

The Brackeen family knew their son was Native American. They knew the law and they chose to pursue an adoption anyway. Foster parents understand that foster children are not their own children. They are never guaranteed the right to adopt them. Understandably, both the parents and children get attached to each other. But the goal of foster care should be to preserve the family unit.

The “libertarian” perspective on ICWA does not accurately represents libertarianism.

I was saddened to see that libertarian websites like Reason Magazine and Cato do not share the same views as me. Perhaps it’s because they have never had the experience of having their children ripped out of their lives and given to a “white Christian conservative” home for no other reason than they wanted to adopt your child.

This happens time and time again in the foster care system. And those who haven’t lived through the experience of losing a child to the foster care system really don’t understand how often this takes place. White Christians are not the only people who love children, the Native American tribes love their children too.

I am concerned that ICWA will be reversed. If this family is allowed to adopt a child because siblings belong together, then why is that not done for every family in foster care? Is it really in the best interest of the sibling? Or is this in the best interest of the Brackeen family? The boy has five other siblings that are not in their care. Why do they think they are more deserving of this child than the biological family? Because they are white, wealthy and “loving” Christians?

I understand why people support the Brackeen family, but we can’t make decisions based solely on emotions. If ICWA is abolished, which I suspect it will be, I fear that one day the Native American community and culture will also be abolished.

If more people were to read the statistics on children in foster care, they might realize that children do turn out better when their family is kept intact. The foster care system often does more harm than good. Half of foster kids end up homeless.

The stories presented in the media say that Indian children are being returned to homes to be abused again and again because of ICWA… But, they fail to mention how often this happens in our own foster care system, over and over again. This is not a justification for undermining the sovereignty of the native tribes and ICWA is not a form of discrimination.

If anything is discriminatory, it’s the suggestion that a white affluent parent is more deserving of a child than a poor Native American family. The question I will leave you with is who is really being discriminated against?

PrevPreviousTransgender Kids & “Anti-Trans” Legislation: Has the Transgender Movement Gone Too Far?
NextPartisan Purity is No Longer Working: The Rise in RINOs, DINOs and LINOsNext