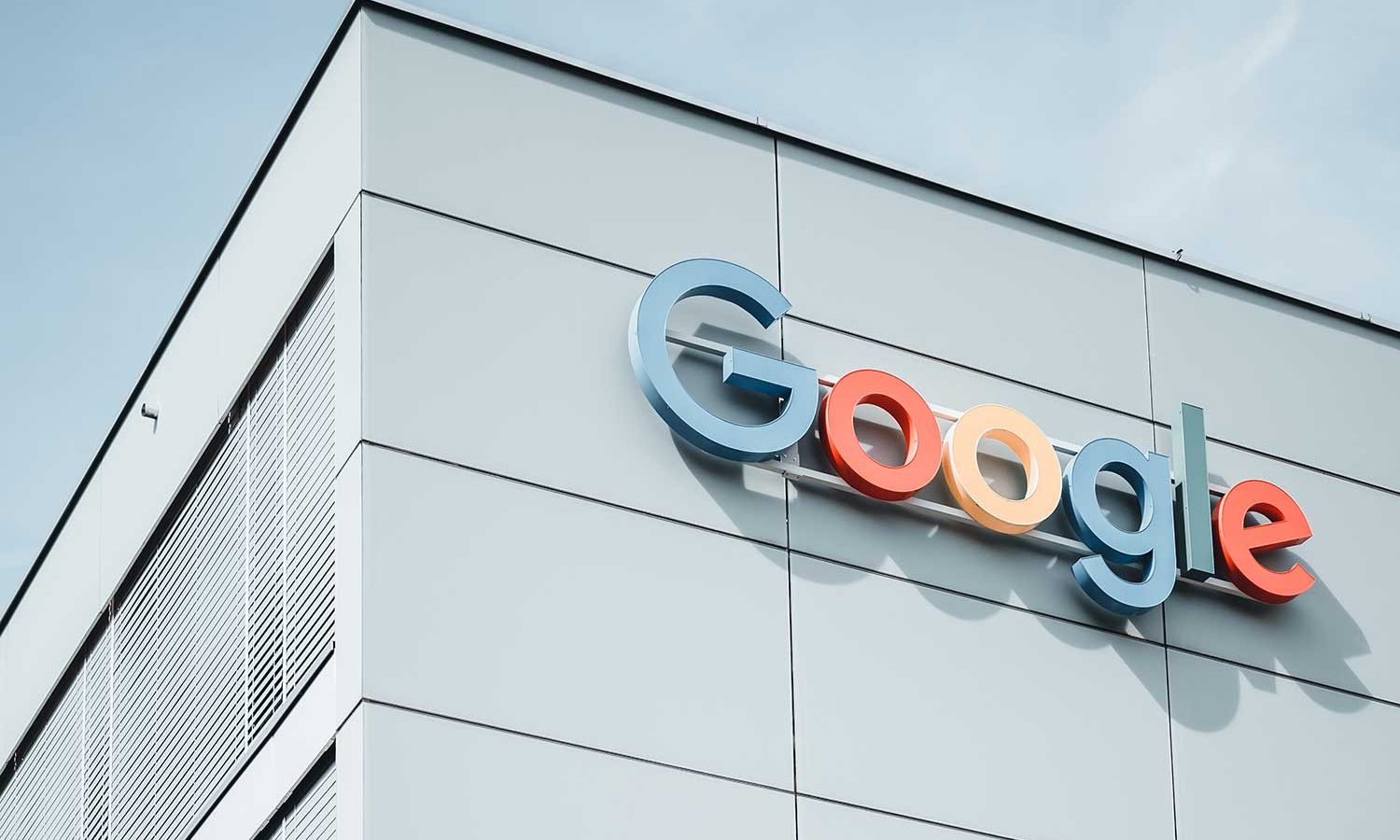 If you haven’t heard about this, I am going to explain what Gonzalez vs. Google is all about. And, why the Supreme Court has decided to review this case even though they’ve denied numerous other petitions involving similar issues.

Section 230 was passed in 1996 as part of the Communications Decency Act. It was created to protect internet platforms from liability over content that users post on their platforms.

Before Section 230, courts were unclear about how to handle legal cases involving content that users post. As you can imagine, platforms that have millions (or billions) of users participating on them will inevitably have someone use their platform who posts stuff they shouldn’t. The law was created so that websites like Twitter couldn’t be sued over fraudulent, criminal, or slanderous statements that come from users of their platform.

Section 230 specifically says, “No provider or user of an interactive computer service shall be treated as the publisher or speaker of any information provided by another information content provider.” The intent of this law is to make sure that the website owner isn’t treated as the publisher or speaker of content others share on their platforms.  However, many people believe that Section 230 is shielding big technology companies from any legal responsibilities regarding what content is allowed (or not allowed) on their platforms.

Over the last several years, people have gotten weary of Big Tech’s filtering, censoring, and control of online speech. And, many think it’s time to get rid of Section 230. In fact, there are dozens of bills in Congress right now to reform or repeal Section 230.

If Congress doesn’t get rid of Section 230 soon, the Supreme Court likely will. There are many reasons to believe that the Supreme Court will be reversing the lower court’s decision regarding Gonzalez v. Google, and this could change the internet as we know it forever.

What is the Gonzalez vs. Google Case all about?

On November 2015, an American student studying in Paris was killed during an Isis attack at a restaurant where she and her friends were having dinner. The student, Nohemi Gonzalez, and over a hundred others were killed during that attack.

The family of Nohemi Gonzalez later decided to sue Google accusing the tech giant of violating the Anti-Terrorism Act. They allege that Google provided “ material assistance to, and had  aided and abetted, ISIS”.  The plaintiff claims that Google’s website YouTube, “knowingly permitted ISIS to post on YouTube hundreds of radicalizing videos inciting violence and recruiting potential supporters to join ISIS forces.”

The court dismissed their suit, but the family appealed. The U.S. Court of appeals for the Ninth Circuit affirmed the lower court’s position that Section 230 and denied the petitioner’s appeal.  The majority agreed that Section 230 prevented the Gonzalez family from suing Google, however, the court was not unanimous.  Judge Ronald M. Gould, who reluctantly concurred, dissented in part and wrote his own opinion.

“Even if under Section 230 Google should not be considered the publisher or speaker of propaganda messages posted by ISIS or its sympathizers,” Gould explained.  “The YouTube platform nonetheless magnified and amplified those communications, joining them with similar messages, in a way that contributed to the ISIS terrorists’ message beyond what would be done by considering them alone.”

YouTube’s algorithm was the cause of the partial dissent in the Ninth Circuit Court of Appeals. Judge Gould is not the only one who thinks Google’s algorithm has contributed to Isis terrorism though.  Many in the public agree that Google and YouTube’s algorithms are dangerous.  Congress has introduced several bills regarding platforms that use algorithms to “amplify” dangerous content, including the Protecting Americans from Dangerous Algorithms Act and the Justice Against Malicious Algorithms Act of 2021.

Section 230 was written during a time before we had sophisticated algorithms. It was created to give interactive computer services immunity from liability for the content its users publish online. However, algorithms aren’t mentioned in Section 230. Does the use of algorithms to recommend content make Google the “creator” of the content that the viewer sees? Should Section 230 only apply to websites that use traditional editing like approving or deleting content?  That is the question being asked of the Supreme Court.

The Gonzalez family claims that Google was aware of Isis’ presence on YouTube and that they had the ability to remove this content but failed to do so. According to the Plaintiffs, Google
“did not make substantial or sustained efforts to ensure that ISIS would not re-establish the accounts using new identifiers.”

In Google’s opposition, they reference Zeran v. Am. Online, Inc as background for their defense.  “Users post torrents of content on the internet, to such a degree that it is “impossible for service providers to screen” all third-party content for illegal or tortious material,” their brief reads.

In the Gonzalez case against Google, they did not provide evidence that Nohemi Gonzalez’s attackers were recruited via YouTube or that they used YouTube to plan the attack in Paris. They also did not have evidence that Google did not remove Isis content from their platform, which is home to more than a billion users across the world.

All of the big tech companies have struggled with how to remove ISIS propaganda as ISIS is getting harder and harder to track.  The case against Google suggests that Google was complicit in this attack, facilitating and promoting ISIS content. The Plaintiffs, however, do not have evidence that this is true. They do not have any evidence that the killers of Ms. Gonzalez used YouTube to recruit or plan the attack. They want you to believe that Google “turned a blind eye” to ISIS propaganda on their platform.

Google says that even before this incident, “YouTube employed Arabic speakers to review videos flagged as promoting terrorism 24 hours a  day, seven days a week.”

Since at least 2016, Google has also proactively used its technology to keep people from being recruited by ISIS. Yasmine Green, head of research and development for Google’s think-tank Jigsaw, explained this redirect method to Wired.

“This came out of an observation that there’s a lot of online demand for ISIS material, but there are also a lot of credible organic voices online debunking their narratives,” she said. “The Redirect Method is at its heart a targeted advertising campaign: Let’s take these individuals who are vulnerable to ISIS’ recruitment messaging and instead show them information that refutes it.”

In fact, Wired is one of the few publications that seem to understand the implications that the Supreme Court’s decision could have on companies like Google.  In their article, Section 230’s Fate Belongs With Congress—Not the US Supreme Court, they said, “Increasing the liability for websites that prioritize or personalize content might lead to more harmful content, not less. I wholeheartedly agree with their assessment. And, I think that those of us who work in the tech industry have a much greater understanding of how algorithms work than any member of Congress or the Supreme Court.

Google also asserted in its opposition that the court’s intervention would be premature given that Congress has over a dozen proposals to modify Section 230. Even if the issue of Section 230 is deserving of reconsideration, this should be an issue that Congress decides, not the Supreme Court.

How will the Supreme Court Rule on Gonzalez Vs Google?

Nobody can predict the outcome of Gonzalez vs. Google — a case that could result in a major change to the internet as we know it. But, the fact that the Supreme Court agreed to hear this case even though there was no circuit split leads many to speculate about their motivation.  It’s possible this could end up being a momentous case like the Dobbs v. Jackson Women’s Health Organization which caused upheaval across the nation.

I suspect the outcome won’t be good. They might decide that the use of algorithms or content recommendations excludes Google from Section 230 immunity, or that Section 230 is unconstitutional, or they might decide something else entirely. No one really knows what to expect, but if there is a change to section 230, even if it’s minor, it will likely create panic among technology companies.

Many Americans think that Section 230 provides far too much immunity to technology companies and others believe that algorithms are dangerous. Some also say that these algorithms have led to the polarization of our country and the increase in “echo chambers. What they fail to understand is that algorithms and content recommendations are actually why we love the internet.

The algorithms are what makes the internet so enjoyable (or addictive, depending on how you look at it). For content creators, advertisers, and digital marketers, doing away with personalized recommendations will result in a decrease in traffic to our content and our revenue. I have always loved algorithms. I enjoy watching for patterns and figuring out how to rank my content better.

If you have a website, a blog, or a YouTube channel, expect some major changes depending on how the Supreme Court rules in this case. You may be on your own when it comes to people discovering your latest video or blog post. Your audience may not care, but if you create content of any kind you should be prepared for some changes

Based on the number of amicus briefs filed in support of the plaintiffs, I suspect that the courts will rule in their favor. Reading through dozens of them, however, I don’t believe they read the actual facts of this case. They simply issued their briefs based on what they thought was right. Google is not my favorite tech company, but I believe that the family and the Supreme Court are using a tragedy for political purposes – to kill section 230.

PrevPreviousSection 230 Reform: Every Bill In Congress Explained
NextWake Up USA — Putin is Trying to Destroy America!Next