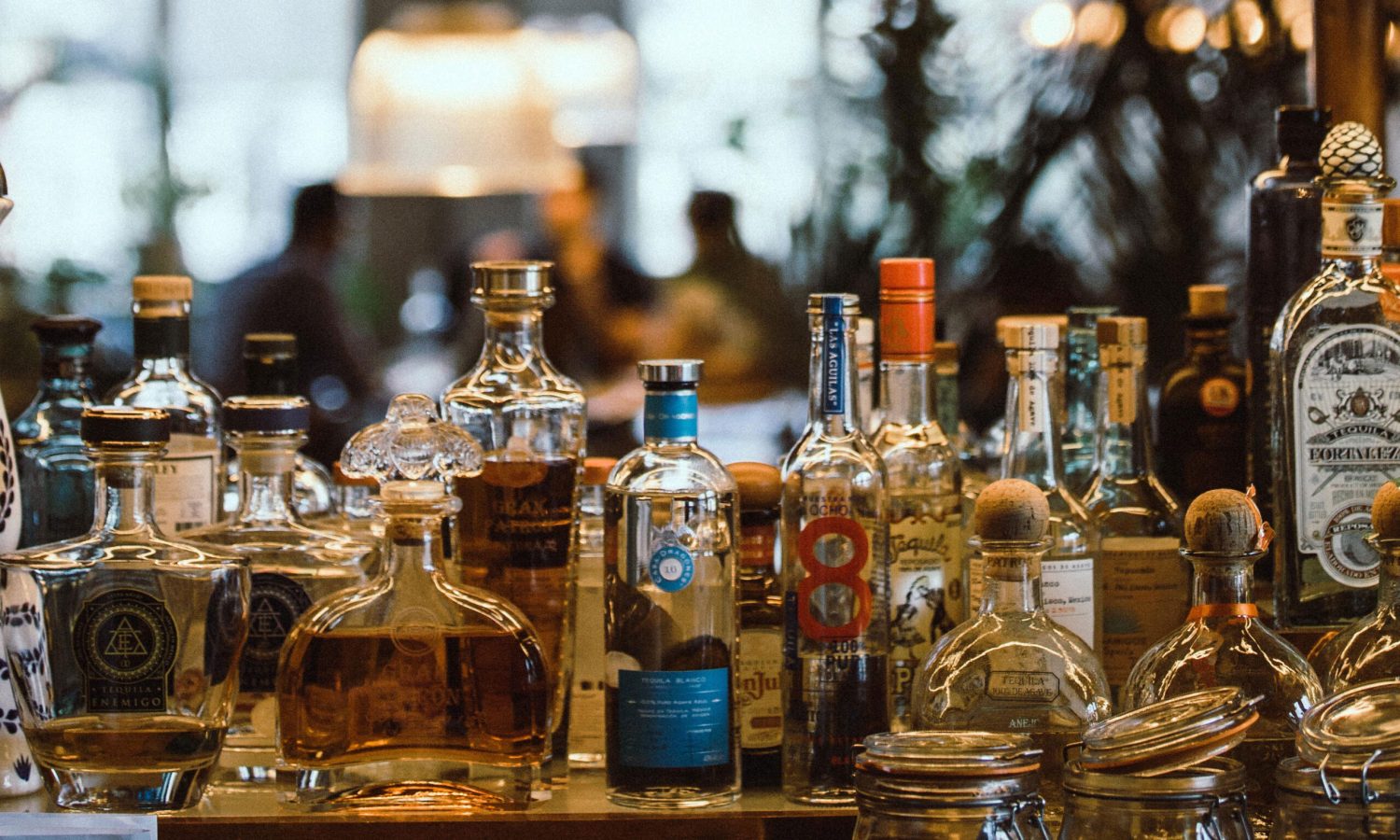 From DUIs to Liver Disease, New Mexico Ranks  #1 in the Country for Alcohol-Related Deaths

If you watch the television, you probably think that crime and drugs are New Mexico’s biggest problems. After all, we were the state that brought you Breaking Bad. But, in reality, New Mexico’s problem is much easier to find. In fact, you can find it on just about any corner of New Mexico. And, it’s not meth or heroin either. It’s alcohol! And, it costs the state billions, according to the CDC and the NM Department of Health .

New Mexico has a serious drinking problem. The problem is so bad that lawmakers are discussing ways to tackle it. The state has a long-standing problem with alcohol. It’s not just a DUI problem either, New Mexico leads the nation in alcohol-related deaths. If you live in New Mexico, the chances that you will die from an alcohol related death are substantially higher than any other state in the nation.

New Mexico has a deadly drinking problem. Can the State Fix the Generational Problems with Alcoholism?

While other states top New Mexico in how much they drink, New Mexico leads the nation in alcohol-related deaths. But why? That’s what New Mexico legislators want to address in the upcoming legislative session.

The New Mexico Department of Health says that one out of five deaths in the state are caused directly or indirectly by alcohol. Even though other states drink more, New Mexico has a higher proportion of deaths from alcohol. At first glance, you might think that drunk-driving is to blame for all these deaths.

Drunk driving is just one small part of the reason why NM has so many alcohol- related deaths, but this is where the state has concentrated most of its efforts. NM law enforcement has focused on curbing DUIs in the state, but legilsators have done very little to get to the root of the problem – excessive drinking and alcohol-use disorders.

A NM in Depth series Blind Drunk covers all the aspects of New Mexico’s alcohol problem in detail. Drunk driving is just the tip of the iceberg. It’s a huge problem for the state, and it has cost New Mexico billions of dollars in expenses and lives, according to the CDC. What’s causing all of these deaths and is it time for the state to step in?

New Mexico has the biggest drinking problem in the country.

It’s not just a DUI problem. New Mexico leads the nation in alcohol-related deaths from chronic liver disease as well. If you live here, you have a substantially higher chance of becoming an alcoholic and dying from alcoholism.

This might lead you to believe that New Mexico consumes more alcohol than other states. While alcoholism is prevalent in New Mexico, New Mexicans don’t drink more than people in other states. But, they’re drinking problem is more likely to kill them. If you live in the state, you are twice as likely to die from alcohol related deaths like chronic liver disease. In fact, chronic liver disease is the number one alcohol-related killer in New Mexico.

This is why tackling the DUI issue is not enough. Alcohol is killing people in New Mexico at an alarming rate and lawmakers are being urged to do something about it.The NM in Depth series discusses the contribution that alcohol plays in the state’s violent crimes, suicides, child abuse, children’s mental health, homelessness, and the overall impact excessive drinking has on New Mexico.

How does the state want to fix the alcohol problem? You guessed it? More taxes and regulations!

Taxes aren’t the only item being discussed. New Mexico’s Department of Health has mentioned a number of other ideas that might help to curb the alcohol problem in New Mexico. But, all of them involve taxing the alcoholic and regulating alcohol sales more strictly.

Ideas presented on the NM Department of Health website include:

But, will this work? And is it the state’s responsibility to fix the drinking habits of adults in New Mexico?

You can’t legislate alcoholism away any more than you can legislate mental illness away. After reading on this issue for several days, I had more queststions than answers. As a libertarian, I believe in lower taxes, personal responsibility and more freedom. I also don’t believe in “sin taxes”. These taxes burden the poor, who are already struggling to make ends meet.

New Mexico’s alcohol problem is complex, and has been around for generations. Imposing new taxes won’t cure alcoholism or solve the drinking problem here. But, what if alcoholism is costing the state billions of dollars a year? According to the CDC and a report from New Mexico’s Department of Health, not doing anything about the problem has cost everyone in New Mexico $1,000 a year.

If we are already paying the price for other people’s poor lifestyle choices, would it not be more fiscally responsible to intervene? Would a high-tax on alcohol put the burden on the alcoholic instead of everyone else?

These are the questions I want New Mexicans to think about. This use of persuasion is how legislators creep in and increase taxes, regulations, and burdens on New Mexicans. Paying more for alcohol will only make matters worse for the alcoholic, and won’t fix the problem.

Increasing alcohol taxes and regulations will harm business owners, their employees, and will do very little to actually fix the alcohol problem.

Raising taxes on alcohol or reducing the number of businesses who can sell alcohol will affect tons of businesses, and cause harm to business owners who have done nothing wrong. Several reports discussed the lobbying efforts from the alcohol industry to keep the state from raising taxes on alcohol. I happen to agree with the lobbyists on this one, but not just because I don’t like taxes.

I don’t believe these measures will work. I am also not convinced that the tax revenue generated will be spent on its intended purpose. I’m not the only one with this concern. Rep. Jason Harper, R-Rio Rancho told the Las Cruses Sun News, “As a fiscal conservative, I can accept and support additional taxation that addresses that social ill but where I cross the line is, ‘now let’s use the tax code to discourage people from using that product.’”

I agree with him, but will take it one step further. I do not believe it is the state’s role or responsiblity to fix the state’s alcohol problem. Nor do I think that this is the best solution.

How much is the alcohol problem actually costing New Mexico?

After reviewing all the statistics on New Mexico’s alcohol problem, there is no doubt that the state has a major alcohol problem. What I am not clear about is how much money this problem actually costs the state.

The NM Department of Health and CDC claim that alcohol costs the state 2.2 billion. However, the CDC did not break down where that money was spent. After digging deeper, I found a report from the CDC with a breakdown of how excessive drinking costs the U.S. Although this data is not specific to New Mexico, I believe it’s accurate. I would like to see a similar report from New Mexico that reveals how the alcohol problem costs the state in actual dollars.

The CDC says that excessive drinking costs the United States about $249 billion per year. According to the CDC, this is how the costs breakdown — 72% is lost in workplace producitivity, not healthcare, crime, or motor vehicle crashes. If this is accurate, this is an issue easily corrected by New Mexico employers.

I believe New Mexico has a generational issue with alcoholism. Aryan Showers, director of the health department’s Office of Policy and Accountability, has said much the same thing. He explained this to legislators saying that “ it’s important to be mindful that this is truly a generational problem, that we’ve had really high rates for probably at least 30 years in the state of New Mexico. From a public health perspective…there’s not a simple solution to the problem.”

The culture of heavy drinking gets passed on from one generation to the next, and that’s not going to be something the government can easily fix — not with taxes and not by reducing the number or hours of alcohol serving establishments. If you’ve ever dumped out an alcolics liquor, you already know how effective this is.

What can New Mexico do to Change the Alcohol Culture?

I believe fixing New Mexico’s culture of excessive drinking is fixed at home. Education, not legislation, is what changes society. Take smoking, for example. What has helped to reduce tobacco use? It’s not laws and higher taxes. It’s education.

If you’ve watched how we’ve changed our thinking about tobacco use through education, you can see that this actually does work. Our children find smoking cigarrettes disgusting. They don’t smoke, not because the government tells them not to, but because they think it’s gross and kills people. There’s been a huge shift in social thinking about tobacco accomplished through education.

It is not the government’s responsibility to parent anyone’s children. If you want to see responsible drinking in New Mexico, it starts at home. Talk to your kids about drinking. While buying alcohol for an underage drinker is a felony in New Mexico, many parents still beleivee “it’s better for them to drink with them at home”. Responsible drinking never starts at 12 and 13. If drinking is part of your culture, teach your own children to do it responsibly and not until they are older.

While I am certain there will always be underage drinking, getting your children to wait a few more years is one easy way you can change the culture of heavy drinking in New Mexico. This might not be the solution you want to hear, but it is the best solution. New Mexico, it’s time to step up and stop asking your government to fix the alcohol problem.