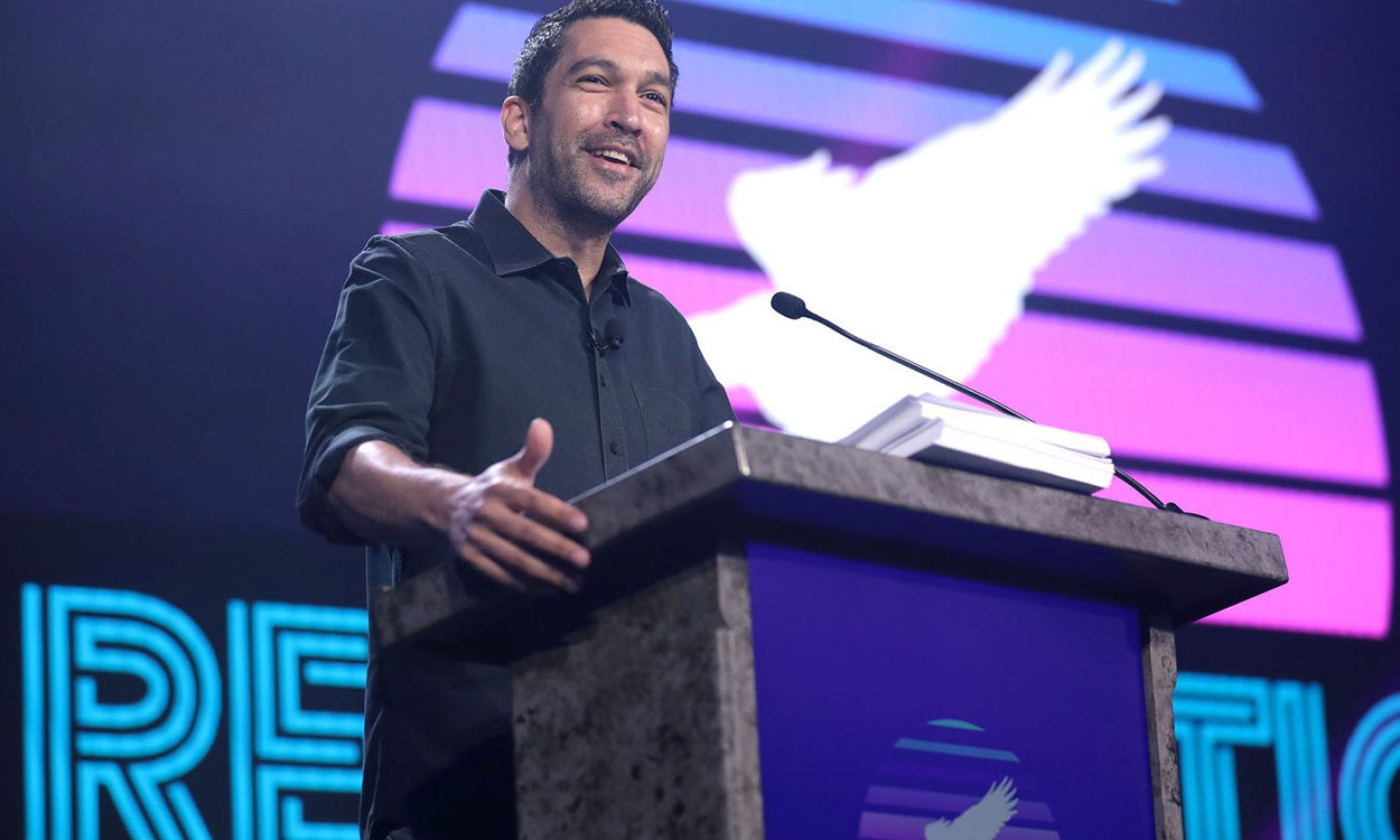 Who is Dave Smith and how likely is it that he will become the Libertarian nominee for president in 2024? And, why are Libertarians so crazy about him — or not?

Comedian Dave Smith has been an outspoken opponent of the Covid regime. He’s criticized our long history of endless wars and our sky-high deficit. He’s talked about how we imprison more of our population than any other country and how we spy on our own citizens. He’s been a vocal critic of the “woke” left’s obsession with identity politics. And, he’s criticized both the Biden and Trump administrations. He certainly sounds like a Libertarian. Yet, right now he may be one of the most controversial people in the Libertarian Party.

If you’re new to the Libertarian Party, you might not understand what all the fuss is about. Dave Smith’s critics think he’s a polarizing figure and not the right person to run as the Libertarian presidential nominee, but his supporters say he’s an effective communicator getting the message of libertarianism out there.

Smith is a prominent member of the Mises Caucus, whose members believe his bold messaging is exactly what the party needs. But, other party members think he and the Mises Caucus are moving the party to the alt right.

He might not be everyone’s cup of tea, but many inside and outside of the Libertarian Party love what he has to say. He’s funny, smart, and not politically correct, and this is exactly why many Libertarians love him. But, is he the right choice for a presidential candidate?

Who Is Dave Smith?

Dave Smith is a standup comedian from New York. He is also an up-and-coming political commentator. He’s appeared regularly on The Joe Rogan Experience, Kennedy, and The Greg Gutfeld Show. He’s been interviewed by Reason Magazine, and his debut comedy special ‘Libertas” spent three weeks at #1 on the ITunes comedy chart according to his website.

When he’s not doing stand up, he’s hosting his own libertarian podcast, “Part of the Problem ” where he has close to 90k subscribers. He has a huge following on both YouTube and Twitter, which is definitely a plus if he decides to run as the LP’s presidential candidate.

He has the potential to bring in a lot of new members to the party. “America First” Republicans might like him because he doesn’t support US involvement in the war in Ukraine. People who are sick of big tech censorship love him. And, anyone who is tired of the “woke ” left might find his comments about the culture war spot on.

Like many Libertarians, he believes in sound monetary policies and Austrian economics. He believes the lockdowns and massive spending during the pandemic has led to raging inflation. He feels these issues are particularly important discussions Libertarians should be having in light of the terrible economy everyone is now dealing with.

How Long Has Dave Smith Been a Libertarian?

Smith joined the party in 2016 when Gary Johnson was running as our presidential candidate. He has criticized Gary Johnson, who he does not feel was the best representative of libertarianism. Although he is not the only person to have a negative opinion of him, Gary Johnson was the most successful candidate in the Libertarian party’s history.

Smith says he didn’t vote for Gary Johnson. In fact, he didn’t vote at all in 2016. When asked about whether or not he voted for Johnson, the comedian told Nick Gillespie, “I did not. I made a whole video about how I don’t think you should.” “Ever?” Smith responded, “No.”

If he doesn’t think you should vote, then why is he thinking about running for president? If you’re wondering about that, you’re not alone. But, I’ll get to that.

Just because he doesn’t think you should vote – like ever, doesn’t mean that he shouldn’t run for president. If you’re confused, let me explain. Dave Smith and much of the Mises Caucus sees the role of the Libertarian party and our presidential candidate differently than traditional voters. This is why so many Mises members want to see Dave Smith as the Libertarian Party presidential candidate in 2024.

Some Mises members and LNC members, including the party chair, do not believe we are in a realistic position to win a presidential election in 2024. That is why they think that we should pick the best person to spread the message of libertarianism to the masses — someone who has great public speaking skills and who can get lots of media attention. They think that person is Dave Smith.

The irony here is that many Mises supporters don’t think we should be running a guy with a boot on his head just to get the message out. But, are okay with running a better looking comedian instead. This is part of the divide in the party right now. After 50 years, do we still need to get the message out? Or do we need to run a viable candidate instead, like hey — Justin Amash.

Smith has somewhat reluctantly agreed to run as the Libertarian Presidential candidate in 2024, if he is nominated, saying, “If noone else emerges who can do what I fucking know I can do, then I will do what I have to do.”

He has said some controversial things about the Libertarian Party. For example, in an interview with Phil Provencio at the comedy news site The Interrobang, he said, “The Libertarian Party is a nightmare and they are not likely to be the vehicle that gets us anywhere.” This attitude is one reason why many Libertarians do not think he should be considered for a presidential run.

Even though he had some negative things to say about the Libertarian Party, a lot of Libertarians still think he’s the right guy for the job. They saw his statement as an honest assessment of the party. But if we want to stop the bad publicity that plagues our party, we need strong candidates. The Libertarian Party has the potential to do well in 2024 provided we have a principled candidate and financial support behind him or her.

I personally would like to see the next Libertarian presidential candidate be not just a contrast to the other two parties, but a solid representative of libertarian principles, capable of getting votes from Libertarians, Democrats and Republicans.

Why is He so Controversial in the Libertarian Party?

As many left-leaning Libertarians have felt pushed out of the party, the message that Smith drives home about the “woke left” is bothersome to them. They feel he and the Mises Caucus are too focused on making the party “anti-woke” and some even say they are the right’s version of woke.

At our most recent convention, the Libertarian Party’s platform was changed so that it no longer contains the statement, “We condemn bigotry as irrational and repugnant.” Many feel that this has made the party a more welcoming place for bigots.

Additionally, Smith has endorsed Republican candidates even when there were Libertarians in the race. After Marc Victor dropped out of the Arizona senate race, Smith and Justin Amash had a heated debate on Twitter about the role of the party and whether or not we should be endorsing “liberty” Republicans.

People who say “The libertarian Party exists to win elections” get it completely wrong. The Democrats and Republicans exist to win elections. We are here because we believe in something. We exist to advance the cause of human liberty.

Smith thinks that the Libertarian Party’s role is to spread libertarianism and not win elections. However, much of the controversy stems from his association with the Mises Caucus. If you are a member of the Mises Caucus, you are more likely to support him.

Should Dave Smith Run as the Libertarian Presidential Candidate in 2024?